She’s as involved as ever, more than a half-century since that arresting photo was taken.

Many readers commented on the beautiful photo of the stunning young woman in the library on the back cover of ICView 2009/2. When we published it, we hoped that someone would get in touch and let us know who she is.

We’re happy to report that we found her! Carolyn “Honey” Bailey ’56, BFA piano performance alumna and native Ithacan, lives in Gainesville, Florida, where she plays the piano professionally, teaches 17 students in her home studio every week, and is president of the Gainesville Music Teachers Association. She has also tried to drop the nickname “Honey.”

In 1954, her sophomore year, she met the College’s new violin professor, Edward Troupin. “It was love at first sight,” she says. They were married in 1957. Three years later, when he was hired to conduct and teach at the University of Florida, they packed up their belongings and their eight-month-old daughter, Amy, and moved to Gainesville.

A second daughter, Cindy, was born in 1965. Amy, a graduate of Mount Holyoke College and presently a realtor, lives in Gainesville and is the mother of two sons and a daughter. Cindy, who lives in Tampa, is a graphic designer and graduate of the Ringling School of Art.

Carolyn and Ed played many duo recitals in Florida, and he continued to teach violin, conducting, theory, counterpoint, and music history, as well as to conduct the University Symphony (he liked to call himself a “utility infielder”) for the next 22 years.

Carolyn and Ed thoroughly enjoyed the academic life and raising their children in Gainesville, and also the warm climate, which enabled them to play tennis year-round. In her forties, Carolyn was ranked number two in Women’s Junior Vets Doubles.

Thirty-five years after graduating from IC, Carolyn received her master of music degree in piano performance from the University of Florida. While in graduate school, she won two concerto competitions and served as graduate school representative in student government.

In 2000, Carolyn and Ed built their dream house in Gainesville. Sadly, Ed passed away in 2004. In the last couple years Carolyn has become a self-described “golf addict.”

Carolyn has wonderful memories of her time at Ithaca College and considers those years to have been among the happiest of her life. And time hasn’t dulled the light in her eyes; she’s still stunning.

As their proud daughter, I can say that they are rock stars (all apologies to the classical crew  it's just a term :) 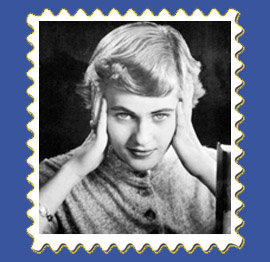 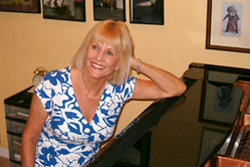