Zen Buddhists have a saying that translates from Japanese as, “To be aware of opportunity is divine.” While Zen is a path without a defined beginning or end, a glimpse into Nan Kathryn Fuchs’ career reveals that her own life unfolded as a series of what she calls “fortuitous accidents.”

“Events in my life were the agents of the making of perfect timing, because I don’t think there are any true accidents. I think there are opportunities for all of us, and we seize the day and take them, or we don’t,” says Fuchs from her office in Sebastopol, California, a community known for its liberal politics and small-town charm, about a 20-minute drive from the Pacific Ocean.

Her winding journey to become one of the leading experts in the field of women’s health and writer and editor of the monthly Woman’s Health Letter began in the hilly streets of Ithaca, where Fuchs majored in English and flourished as a writer via a discourse in the college paper called “Jason the Literary Snail.” “It was a thinly disguised column about what was going on in the school,” recalls Fuchs.

Not long after graduation, Fuchs traveled to California, where she was employed at a printing company, sold encyclopedias door-to-door, and worked as a chiropractic assistant. In Los Angeles, as the Herb Lady, Fuchs was delivering teas and herbs in a Volkswagen van when she met a Chinese herbalist, who took her under his wing. “That was the beginning of my journey.”

By 1972 Fuchs cofounded one of the first holistic health centers in Los Angeles, and by 1982 she earned a Ph.D. in nutrition. In 1985, she authored the acclaimed The Nutrition Detective, eventually following up with seven more books. Reading about the original Women’s Health Letter in a weekly paper, Fuchs met the founder and contributed articles until she took over the publication 10 years later.To date, she’s appeared on over 100 television and radio programs, helping thousands of women to discover little-known cures for their chronic health issues.

“I still get excited today about things I started studying 30 years ago,” says Fuchs. “I think when we follow our path, that’s when we find the opportunity for a rich life.” 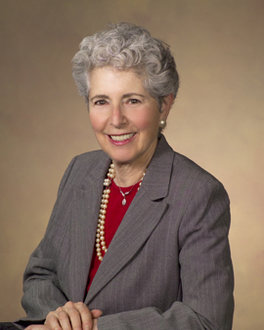