The recently retired Dana Professor of the Humanities and Arts starts retirement with a flurry of full-length publications.

It has been a busy first year of “retirement” for art historian Nancy Ramage, the Charles A. Dana Professor of the Humanities and Arts (recently granted emerita status) at the College, with three books coming out in four months. The Cone Sisters of Baltimore (Northwestern University Press, 2008), cowritten by Ramage and her late mother, who was also an art history professor, is a biographical sketch of Etta and Claribel Cone (grand-aunts of Hirschland), who amassed a world-renowned art collection in the early 20th century that included works by Cézanne, Dégas, Gauguin, Manet, and Seurat; these works can now be seen at the Baltimore Museum of Art.

Ramage’s two other recently published books concern ancient Rome: The British Museum Concise Introduction to Ancient Rome (British Museum Press/University of Michigan Press, 2008); Roman Art, 5th Edition (Prentice Hall, due out in September 2008), a 192-page book with 170 full-color and black-and-white illustrations covering society, politics, and culture, as well as the legacy of the era; and the updated fifth edition of the volume Roman Art, a widely used textbook Ramage coauthored with her husband, Andrew Ramage, a Cornell University professor emeritus of art history. 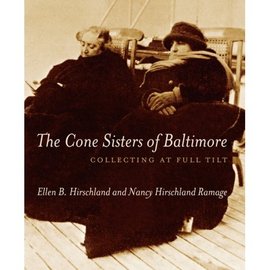