Ithaca College took home three national championships this win­ter, one for women’s indoor track and field and two for wrestling.

Emma Dewart ’12 set a school record on her way to becoming a two-time NCAA pentathlon champion in March. She recorded 3,674 points to win the event, rack­ing up the second highest point total in Division III women’s track and field history. Dewart placed second in the heptathlon in the outdoor NCAA Outdoor Track & Field Championships this May with a point total of 4,917, just three points shy of the first-place finisher. 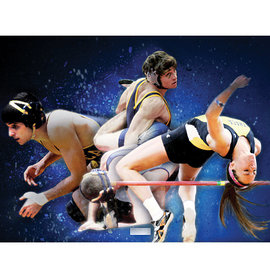