When John McClung and his wife, Paula, first visited Ithaca College with their daughter, Alison, they thought it would be a fine place for her. “We came away feeling very good about the school,” John said, “but we never told Alison that.” Instead, they let her decide. Ithaca became Alison’s No. 1 choice.

At the time, Ithaca was one of only four institutions in the country that offered both a physical therapy program in which students could enroll as freshmen and a strong gymnastics program. Alison was a gifted gymnast whose recovery from sports-related injuries had led to an interest in physical therapy.

During that first visit to Ithaca the family met with the women’s gymnastics coach, Rick Suddaby, but his office wasn’t big enough to fit four people at once, “so somebody had to sit in the hall,” recalls John.

During her student days, the McClungs were asked to cochair the Parents Fund. “We got involved,” John says, “because our daughter was having such a positive experience.”

Following her graduation in 1998 with a B.S. and 1999 with a master’s degree in physical therapy, Alison (now Hanson) moved to Los Angeles, where she is a practicing physical therapist. “The training she got at Ithaca was excellent,” her father says. “I don’t know that she could have gotten a better education anywhere else.”

The McClungs’ involvement didn’t end there. They continued supporting the College with unrestricted gifts and contributions to the fund for women’s gymnastics. Then, in 2005, John joined the Ithaca College Board of Trustees. At the same time, he remembered that first visit to Coach Suddaby’s office.

“I always felt that Ithaca had wonderful athletic programs despite the facilities. The facilities didn’t measure up to the skills of the athletes and their coaches.” So John and Paula made a $100,000 commitment to the athletics and events center.

“It’s important,” John adds, “to try and get people to give back and help make Ithaca a better place for future generations of students.”

Like John and Paula McClung, you can support the A&E center and make a world of difference in the lives of generations of student-athletes—and indeed of the entire campus community. We need your support. Visit ithaca.edu/campaign and click on “Campaign Priorities” at the left, then on “Athletics and Events Center.” 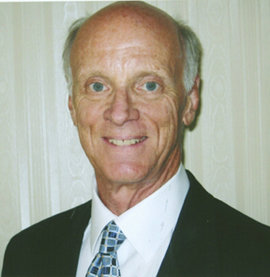 “I always felt that Ithaca had wonderful athletic programs despite the facilities. The facilities didn’t measure up to the skills of the athletes and their coaches.”