The stars were out in clear October skies for the 40th annual meeting of the Division for Planetary Sciences (DPS) of the American Astronomical Society, cohosted by Ithaca College and Cornell University and held at the Statler Hotel on the Cornell campus.

Associate professor of physics Beth Ellen Clark Joseph, who has worked with NASA on Mars missions, cochaired the event with James Bell of Cornell. “By any measure,” says Clark Joseph, “the meeting was a phenomenal success. Even the weather and the foliage came off perfectly!”

More than 850 astronomers attended, giving some 600 oral and poster presentations.  Scientific highlights included special sessions on extrasolar planets, the latest spacecraft mission results, and new lunar science results. Another highlight was a concert performance of Holst’s The Planets and Roberto Sierra’s Anillos by the combined Cornell and Ithaca College Symphony Orchestra, performed for a packed audience in Bailey Hall. The music was accompanied by animated slideshows assembled by faculty and students, showing photos from the latest missions to the planets.

Most of the first “green” DPS conference was webstreamed live, and conference participants contributed more than $1,500 towards carbon neutrality, which will go toward purchasing renewable energy to offset the conference’s carbon footprint.

It was a lot of work for the organizers, but, says Clark Joseph, “truly a pleasure to host the world’s preeminent planetary scientists for a spectacular fall meeting in Ithaca.” 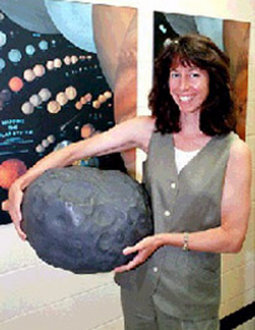