As legendary a basketball player as he was, it is said that Michael Jordan would work tirelessly on the weakest areas of his basketball skills every off-season. If his first dribble to the left was slower than his first dribble to the right, he spent the summer practicing his move to the left. By the next season, defenders who thought they could count on him going right in a key situation would be “left” behind.

If Ithaca College is to aim for excellence as Michael Jordan has, then we, too, must focus on constantly improving. Continuous improvement takes place when we identify, celebrate, and reinforce those things we do very well, and when we are fearless in identifying and seeking to improve things we do not do as well.

It is human nature to get the most pleasure from practicing the things we already do well. But Jordan’s willingness to focus on his weaknesses led to the player-without-peer that he became.

In this issue you will read about how the college is working to improve the student experience so that IC will be, in the words of our mission statement, “the standard of excellence for residential, comprehensive colleges.” At the same time, the college is looking for ways to manage costs.

IC has been no exception to the general trend: college tuition everywhere has gone up significantly faster than the rate of inflation and also faster than the growth of household incomes every year for the last 35 years. The result is that families are stretching harder every year to be financially able to send their sons and daughters to college, and students themselves are graduating with increasing levels of debt.

We seek at IC to be a leader and role model in reversing this trend. Our cost control initiative is now being developed with the goal of limiting future increases in IC tuition so that it aligns much closer with the rate of inflation. Given our commitment to offering the best in educational quality, that is an aggressive goal with respect to cost.

Our quality initiative is captured by the IC 20/20 plan. Through this plan we will create an innovative core curriculum that ties freshman general education instruction to major topics or problems in the world; we will increase our support of student learning in a variety of ways that includes creation of a student-alumni mentorship network; and we will greatly increase the number and variety of the hands-on learning experiences—both on campus and around the world—that have always been a hallmark of an IC education.

In February I met with an alumnus from the 1970s who has been very successful in the fashion industry. He is one of maybe a dozen people I have met in my life who I consider a true genius—someone whose mind makes jumps and connections that would never occur to most of us—though he’s not a genius in the academic sense. In fact, he was by his own account a pretty mediocre student. But this man is one of those people who would have been a success in his field even had he not gone to college. Think of him as the fashion world’s Steve Jobs.

So I asked him what he thought his IC experience had done for him. He said our lives are composed of nothing more than our histories and our relationships—IC blessed him with richness in both. He said his Ithaca College experience gave him the foundation he needed to build a great business.

Undergraduate students come to us at a key formative stage for their adult lives. Different students need different things from us, which is why we are all responsible for creating an environment that fosters a rich student experience for everyone. It is now our job to lay the foundation for the next generation of relationships and histories. 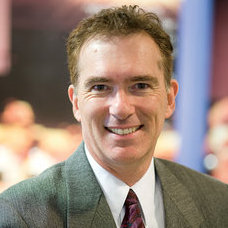