We live in a world where we are used to making connections and communicating via web-based tools. The abilities that a well-designed social network has for helping people to connect with one another are distinct and so powerful that even the most ambitious traditional networking activities can’t come close.

Whether the intention is to find some new friends, organize people with a common interest to start a new student organization, or simply to learn a little bit about someone without having to interview them, the concept is simple, easy to use, and very powerful.

Although there are many options available on the web -- Basecamp, Google Groups, Facebook Groups, etc. -- none are so tightly integrated with Ithaca College's people and organizational structures. If you wanted to create a group on Facebook to hold discussions, share documents, post photos, etc. -- you would only be successful if every person that you wanted to be part of the group already had, or was willing to create a Facebook account. With students, this may seem like a fairly reasonable expectation, but not so much with faculty, staff (and eventually alumni).

By integrating workgroup and collaboration tools into myHome at Ithaca, we are automatically giving access to the full community, integrating this new functionality into a place that people are already using to do their work, and making it seamless to restrict access to the college community, or some subset of it.

The justification for having our own network in myHome comes down to the difference between a person’s personal life and the relationships they have there, and their life as part of the community at Ithaca College. A person may want to represent themselves and interact differently with their family and friends than they would with their professors, colleagues, or classmates.

Having an Ithaca College run closed social network automatically creates a place where people can meet one another based on that common tie of being part of the same college community. It is different because it is sanctioned, where behavior and interactions on facebook are wide-open and without the same kind of expectations that are implied for the way our community interacts.

Although Facebook recognizes affiliation with the college, the tools offered to try to segregate one set of your friends from another are limited, and complicated to the point where most users do not use them (at this point).

We also feel that having these features integrated into our existing environment seamlessly is likely to have a greater adoption rate -- especially by faculty and staff -- than telling them to go sign up for facebook. 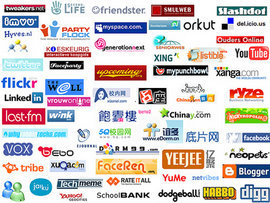