Ithaca College was front and center on NBC’s “Today” on Monday, April 23. Of the 20 scholarship recipients from the New York Women in Communications Inc. (NYWICI) Foundation invited on the show, four were students from the college’s Roy H. Park School of Communications. Junior television-radio major Lexy White had the opportunity to tell “Today” co-host Savannah Guthrie that the support of NYWICI has helped to propel her career forward.


The scholarships, which reflect academic excellence, financial need and a demonstrated commitment to the field of communications, are given each year to female students at the high school, undergraduate and graduate levels who are committed to pursuing careers in communications.

“Women continue to face challenges in media workplaces, and so it’s crucial to mentor strong female students who can continue to be change makers in both content and culture,” said Diane Gayeski, dean of the Park School. “I’m very proud of our scholarship recipients — they are all excellent students who have taken advantage of many experiential learning opportunities on and off campus, and I know they will represent Ithaca College well.”

White received the Alumna of Excellence Scholarship, which is reserved for students who have previously received a scholarship from NYWICI and display dedication to the organization. She received the Meredith Corporation Scholarship in 2017. 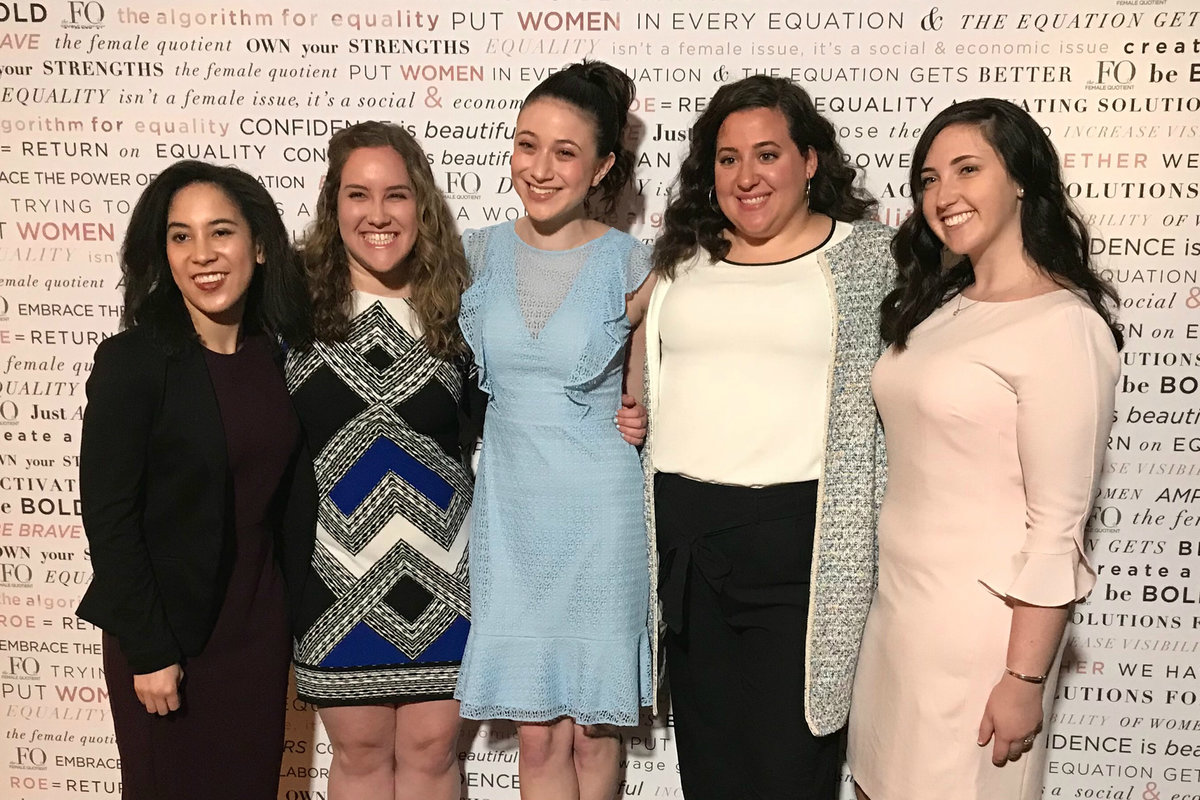 
“It’s an honor that I was very grateful to accept and very humbled by,” White said. “It’s a nice recognition of what I’ve given to them and what they’ve given to me.”

White said that seeing the three New York Times journalists was one of the most remarkable moments of the evening. “The whole room, before they even got on stage, gave a standing ovation,” she said.

Ithaca College students have been well-represented among NYWICI scholarship winners in recent years, with five recipients in 2017 and six in 2016. White attributes this success to the IC Women in Communications student organization and to the Park School, which she says instills a strong work ethic and confidence in its students.

“The Park School and IC Women in Communications does a good job of preparing every Park student and not letting us doubt our abilities,” White said.

NYWICI is the largest foundation for communications scholarships for women in the country. Since 2000, NYWICI has issued more than $1.6 million in scholarship support. Scholarships are awarded annually based on academic achievement, demonstrated leadership, participation in school and community-service activities, honors and other awards or recognition, work experience, statement of goals and aspirations.