Posted by Sydney Augustine at 5:08PM 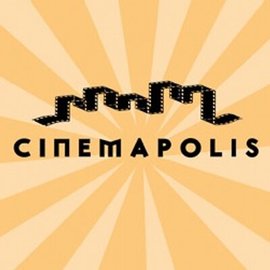 FLEFF is right around the corner and tickets for FLEFF films are officially on sale at Cinemapolis, which means it is time to rush downtown or online to purchase tickets.

It also means a rush of anxiety, when you take one glance at the multi-colored calendar for events happening at Cinemapolis from Wednesday, April 3rd to Sunday, April 7th.

So as you begin to map out your game plan for how you want to tackle FLEFF 2019, here are five disruptive Cinemapolis screenings and events I will be attending and suggest you should too:

1. Sweet Country is a historical drama/thriller set in the Aussie western of 1929, as Sam Kelly and his wife, Lizzie, who are Aboriginals, go on the run after killing an abusive and racist white landowner, Harry March in self-defense. Sweet Country open your eyes to the socio-political issues that have existed in Australia for centuries and disrupt your view of the outback.

Sweet Country will be playing at Cinemapolis on Thursday, April 5th at 4:15 pm and Sunday, April 7th at 3:55 pm with a post-screening discussion.

2. Mr. SOUL! is an eye-opening documentary that will allow you to discover a hidden Black gem in media. SOUL! was created and hosted by Ellis Haizlip in the midst of the Civil Right era. The variety show empowered Black Americans around the country during social and political upheaval but also gave a platform to many famous Black celebrities and artist we know today.

3. The Feminist Animations of Kelly Gallagher will be shown for free on Saturday, April 6th, at 2:00 pm.

Kelly Gallagher is currently an assistant professor in the Film department at Syracuse University and runs her own film and animation production studio called Purple Riots. According to her website, she ‘has been producing original and colorful handcrafted films and animations for the past decade that explore overlooked histories and movements of resistance and perseverance.’

4. There will be a free screening of Philip Mallory Jones' Bronzeville: Etudes and Riffs at 4:00 p.m. on Saturday, April 6th, following Kelly Gallagher’s presentation.

Philip Mallory Jones is a pioneer in video and new media. For the last several years, Mr. Jones has worked diligently to bring back to life the history of the Chicago Renaissance, with vibrant and very detailed artwork that he has created all digitally.

5.Our New President  provides an interesting perspective of the Donald Trump’s 2016 presidential campaign and election from the opposite side of the globe. This film by Maxim Pozdorovkin is told completely through Russian propaganda, from everyday citizens making Youtube videos to the reports by major media outlets.

Our New President will be screened at 6:45 pm on Friday, April 5th. There will be a discussion held after the showing of the film.

All of these screenings will leave in awe, some way or another, and completely disrupt how you think about and view the world. And hopefully, the thought-provoking disruption will lead you, your friends, and family to engage in intellectual discourse with other festival goers.

I have my tickets and now all I need is a bag of classic buttery popcorn with Old Bay sprinkled on top. Hope to share amazing films and some popcorn with you.