Posted by Alexis Lanza at 2:36PM 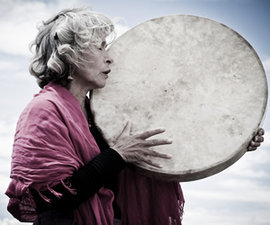 Lori Joyce's 2013 film Arise encounters 15 women who discuss the disconnect between humans and the natural world. They offer ideas for a better future from a holistic approach and coming coming to a better understanding of the environment and the place of humans in it.

Arise is a film made by Idanha Films, INC., a non-profit organization whose goal is to create an audience for voices who previously had none.

“Even in contemporary society, women's contributions in most spheres goes unrecognized, and the environmental movement is no exception; this film offers an in depth look at women's environmental activism in various countries and conveys their collective passion and power to create change. People should see Arise because it's a beautifully made film which gives voice and visibility to a wide range of women working in the environmental movement.”

The Finger Lakes Environmental Film Festival will be presenting Arise at Cinemapolis in downtown Ithaca at 4:00 PM on Saturday, April 5th, with the filmmaker, Lori Joyce.