Behind the Scenes: FLEFF Programming with Dr. Beth Harris

Posted by Brian McCormick at 7:10PM 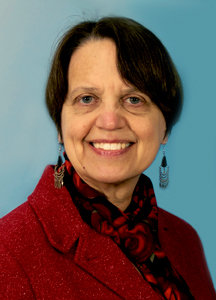 Information for this program:

Documenting Iraq Burin: Stories from a Palestinian Village and Witness to Uprising: Voices from Cairo and New York

Dr. Beth Harris, professor of politics at Ithaca College, is FLEFF's adviser for Middle East programming. In the past, she has served as a facilitator for events for FLEFF and as a panelist commenting after several FLEFF events. I had the chance to ask Dr. Harris about her specific activities coinciding with FLEFF this year.

Q: What have you been doing this year for FLEFF?

Last summer I participated in an international delegation to Iraq Burin, which is in the West Bank. After we learned about the killings of unarmed teenagers by Israeli soldiers and their impact on this very small cillage, we decided to help the village to create a website that would tell the story of Iraq Burin and provide a resource for sharing current news."

Q: How did you come across Menna Khalil (one of this program's presenters)?

A: "Our primary interpreter during this process was Menna Khalil, who took responsibility for itnerviewing the familiies of the martyrs and the village leaders. Menna is a remarkable young woman who communicates in a way that is validating for people of all ages and from many cultures, even for those living in the midst of trauma. The people of Iraq Burin, as well as our delegation, admired and appreciated Menna's leadership and skills very much.

After our documentary project with Iraq Burin was winding down, Michael Kennedy* began working on a photographic portrait documenting the impact of the boys' deaths on both their families and the entire village. Michael is a talented photographer, who created a very compelling essay about an Israeli prison for Palestinian youth, Al Fara'a."

*Kennedy is another FLEFF guest who will be speaking at this presentation.

Q: What brought you to program this event for FLEFF?

A: "I suggested to Tom Shevory that a multi-media presentation about Iraq Burin by Menna and Michael would be very appropriate for this FLEFF's checkpoint theme.

When I called Michael and Menna, I found out that they were very involved with documenting some demonstrations in New York City in support of the uprising in Egypt. Menna is Egyptian American, and both Mike and Menna have recently studied in Cairo. They have a very good understanding of the context and implications of this uprising. Some of their friends were in Cairo and others were on their way to document the uprising.

Talking to Menna and Michael on the phone, I thought it would be very valuable to the audiences of FLEFF to have the opportunity to hear a first-hand account of the uprising in Egypt and the solidarity demonstrations in New York City. Furthermore, I thought students at IC would be inspired by the voices of their peers in Egypt who are making history in a very profound way.

Menna just returned from her documentary project in Egypt, and I think their eyewitness account will be quite informative, interesting and inspiring."

To read an interview with Khalil, follow this link.

Documenting Iraq Burin: Stories from a Palestinian Village and Witness to Uprising: Voices from Cairo and New York