Posted by Lydia Lepinski at 6:59PM 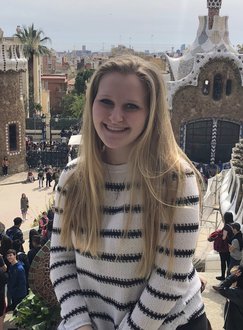 Film festivals all over the world have postponed or cancelled due to the pandemic. There are few who have decided to shift the festival to an online platform. FLEFF shifted to online with two exhibitions, Radical Infiltrations New Media and Infiltrations A Different Media Environment.

There are five shorts from Labor Beat in the Infiltrations A Different Media Environment Exhibition. Labor Beat is a cable TV labor series that collaborates with unions, workers, and activists to tell the untold stories of the working class based in Chicago, Illinois.

Save Puerto Rico, Free Puerto Rico (2017) is a short film about Chicago’s Puerto Rican activists and supporters gathering in front of Trump’s building to express their outrage for the lack of aid and unfair treatment towards Puerto Rico after Hurricane Maria. In the film, Rossana Rodriquez explains there are people in Puerto Rico who don’t have access to shelter, water, food, gas, and other supplies. She continues to explain that Puerto Rico is on the verge of a public health crisis due to garbage not being picked up. She also expressed their distaste for President Trump’s decision to only suspend the Jones Act, a law only allowing Puerto Rico to get merchandise from U.S. ships, for only ten days.

The film cuts to activists giving speeches about the crisis. The speakers make it clear that the crisis Puerto Rico is enduring was not only caused by the hurricane, but also because of the colonialization and exploitation of Puerto Rico by the U.S.

March for Science Chicago (2017), another Labor Beat short film, is about Chicago’s participation in the world-wide March for Science. Government funding for science has been rapidly declining since President Trump was put into office. Scientist and supporters all over the world gathered on April 22, 2017 in response to National Institutes of Health federal budget cut.

Adam Arcus, a co-founder and director of March for Science Chicago, explains that the march is a gathering in support for science. Kristian Aloma, co-director of March for Science Chicago, explains that science designed to serve the people, although individuals who control and fund science do not always have agendas that benefit the people or the world. He concludes by saying the march is gathering not only to tell the government to prioritize science, but also to work towards an ethical science that benefits everyone.

The two shorts are similar by introducing two communities that are experiencing mistreatment by the U.S. government.

The Radical Infiltrations New Media Exhibition contains media that explores the infiltration of our natural and virtual environments.

Amazonia (2019) showcases how the digital world has slowly infiltrated physical landscapes across the U.S. Filmmaker, Roger Beebe, traveled to various cities across the U.S. where Amazon has built warehouses within the last decade.

The building of these warehouses opens up the door for other large corporations to come and build within the cities. The presence of these corporations is detrimental to small, local businesses who are unable to compete against them.

Capital (2019) is a short film essay with text from Arundhati Roy’s Capitalism – A Ghost Story. The text is displayed over a video that depicts a busy street in New Delhi, India. The video is taken from the perspective of someone on a horse-drawn carriage.

The short film essay is about the story of those who were forcefully evicted from their villages. Unable to return to their villages, they were driven into the city and lived on construction sites. The short film ends with the video pausing just as the horse-drawn carriage is going to intersect with a lane of cars, the text saying, “wondering which corner of this huge country was meant for them.”

The two short films are similar by the way the U.S. cities and Indian villages were physically infiltrated by outside forces, ultimately effecting the communities residing there.