Posted by William Hopper at 3:24PM 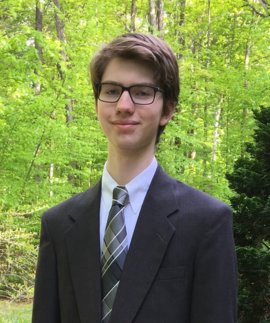 By Will Hopper, Cinema and Photography with a minor in Honors, '22, FLEFF blogging intern, Harvard, Massachusetts
With a worldwide pandemic infecting over 1.8 million people, film festivals implemented new strategies to adapt to the current situation. This includes virtual screenings, postponements, and cancellations.
The San Francisco International Film Festival and Seattle International Film Festival completely canceled their programs.
Other festivals, such as the Cannes Film Festival and Edinburgh International Film Festival, postponed their events. Cannes currently plans to hold the festival during the end of June and beginning of July. Edinburgh rescheduled the festival to take place on June 17 to 28.
Some film festivals decided to choose a virtual option. Festivals such as the Tribeca Film Festival and FLEFF moved to online formats.
Tribeca will maintain the dates of its original festival schedule. From April 15 to 26, the films will screen from their online website.
FLEFF developed two online exhibits, which include the Radical Infiltrations New Media Exhibition and the Infiltrations A Different Media Environment Exhibition.
The Radical Infiltrations New Media Exhibition focuses on new media and media that experiments with its form, such as Amazonia (Beebe, 2019), a documentary that takes place entirely on a Mac desktop.
The Infiltrations A Different Media Environment Exhibition features independent media groups from around the world, such as dGenerate Films from China/US and EngageMedia from Indonesia/Australia.
Some art cinemas closed their theaters, including the Cinemapolis in Ithaca and the Coolidge Corner Theatre in Boston. However, they moved to virtual screenings on their websites. The Cinemapolis virtual cinema just opened on Friday, April 10th.
Both virtual screening rooms currently contain films such as Bacurau (Filho, Dornelles, 2020) and Saint Frances (Thompson, 2020). The Coolidge Corner Theatre also holds a weekly seminar on Thursdays, where featured film critics discuss classic movies. One of the seminars focused on Rear Window (Hitchcock, 1954).
During this global pandemic, the informational video called The Coronavirus Explained & What You Should Do (Kurzgesagt, 2020) explains the specifics of COVID-19.
The video gains significance from the connections it makes between individuals and their social environment. It describes how the coronavirus functions when infiltrating the environment of the human body. For example, it shows exactly what happens when the virus gets inside the lungs.
The video also explains the impacts on social environments that emerge from the individual level. It specifies the different possible effects of the virus on the larger population.
The team that created this video specializes in explaining scientific concepts through media using a distinct animation style. It provides simple animated models that aid in conveying information, such as diagrams that depict the infectivity rates between COVID-19 and the flu.
The Kurzgesagt YouTube channel contains many similar videos that cover a variety of topics, including cancer, overpopulation, and plastic pollution.
Tags: Art Cinemas, COVID-19, film festivals, FLEFF, pandemic