Posted by LeeAnna Campbell at 12:38PM 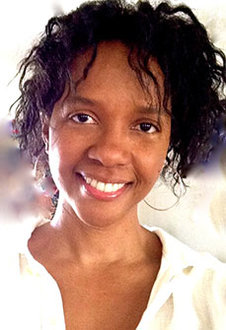 The film world can feel insular. As if it’s on it’s own island away from the rest of the creative arts. In some ways, it can be seen as the Long Island to the other arts Manhattan.

A bridge in these different nodes of culture are film festivals. And FLEFF is a film festival that makes an effort to incorporate films with live music, new media, opera, and even theater.

Yes, theater is incorporated into the FLEFF experience every year with a performance by Cynthia Henderson, an associate professor in Ithaca College’s Department of Theater Arts. Henderson is also an equity actress and Fulbright scholar and has worked with FLEFF for 15b years.

Henderson combines theater and political issues together in her own work, which is exemplified in the workshops she did for local schools on the topics racism and violence and providing AIDS education via theater in Cameroon.

This political aspect isn’t lost in her performances for FLEFF.

Each year, FLEFF showcases a silent film with a performance by Henderson for the prologue and musical accompaniment by the Cloud Chamber Orchestra.

Henderson’s prologues for these films helps to add the element of politics to the silent film being shown on screen. Her performance usually gives background information on the film, which is usually focused on a particular actress from the silent area. This prologue serves to reclaim the history of actresses in world cinema and give the film a feminist point-of-view, but in a clever and poetic way rather than a straightforward one.

While the film world and other creative arts are usually kept apart from each other, Henderson’s contribution to FLEFF allows for those two worlds to merge in a meaningful and beautiful way.