Posted by Jade Hazzard at 9:01PM 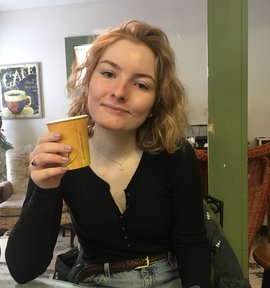 The term ‘Immigration’ seems to only have one angle nowadays. However, building a wall is not the end or even the beginning of the story.

Just the other day my mum told me that a boy,  my age, on the same visa as my parents and I was just denied by the US embassy to continue his education here in America.  Just like me, this boy came to America before he had even started kindergarten, he has practically lived his whole life here. Now he is being forced to leave his family and live in a country he has never known.

I try to push this kind of disruption back into the farthest corners of my mind because I don’t like thinking about how at every visa renewal my parents and I go to one of us could be denied. I don’t like thinking that thousands of families thought that bringing their children to America would be the best choice only to be told you can never live here permanently.

This isn’t just a problem for people who came here legally, it’s also happening to children who came here illegally who didn’t have a choice either. They are being separated from their families, some never to see them again, and for what? We as the general public have a tendency to dehumanize situations when they aren’t comfortable. FLEFF changes that, FLEFF allows the audience to see real people, real situations and real disruptions.

FLEFF creates a bridge for people to share their ideas and beliefs to an audience who is hungry to learn and debate. Disruptions look different to everyone, but they all stem from the same meaning: something being interrupted. I think it is particularly special that FLEFF doesn’t just see disruptions as one thing. This year’s program isn’t just about immigration or wildfires in the west, but instead about a multi-faceted set of interruptions.

Disruptions make people uncomfortable, they make people angry and sad, but in a roundabout way grateful for what they have. I have decided I want to be uncomfortable, I don’t want to pretend that problems will fix themselves anymore. I don’t exactly know how I’m going to help fix or inform people about these problems yet, but I can already see that blogging for FLEFF is my first step,