Posted by Jessica Competiello at 8:23AM 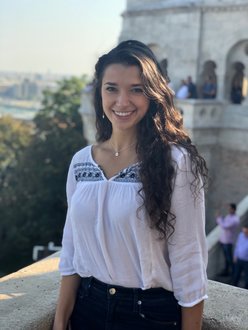 The word infiltrations reemerges an obscure memory from the sixth grade of my Water Infiltration science project. We were tasked with creating a series of water filtration systems to pour dirty water through so it comes out clean.

I remember pouring the water through the contraption I made at eleven-years-old. I anxiously watched every droplet slowly drip into the beaker below hoping enough water came out clean to receive an A on the project.

My understanding of the word infiltrations comes from that project and watching the water steadily go through the sifter, gravel, soil, and coffee filter.  I realize that the way water infiltrates in science is similar to the way ideas infiltrate society. Sometimes it rushes through suddenly, sometimes it slowly drips through, but eventually the water always makes it through.

The beginning of the Women’s Movement in the US is typically recognized as the Seneca Falls Convention in 1848. However, the idea of women’s rights was not accepted by society until 1920 when the 19th Amendment granted women the right to vote.

The Second Wave of Feminism did not begin until the 1960s bringing new gender problems to the foreground. Again, new problems regarding women’s rights have resurfaced recently with the Me-Too Movement and the annual Women’s March beginning in 2017.

The fight for gender equality began in 1848 and is still occurring today exemplifying that the process of infiltrating ideas into society is a slow process that goes through many stages.

The theme Infiltrations not only fits FLEFF for this year but fits the festival as a whole. By its nature FLEFF’s programming brings in new ideas by infusing films, art, culture, technology, and music from locally and all over the world into one program.

When thinking about the 2020 programming, SwampScapes encompasses my understanding of FLEFF and infiltrations.  It creates a new way of thinking by bringing together an environmental perspective and new media to form an interactive VR experience.

SwampScapes infuses these two separate entities to create an entirely new and unique experience with VR and the Swamp Symphony.

FLEFF provides a platform for new ideas to be heard and discussed allowing them to penetrate into people’s daily lives and thinking.