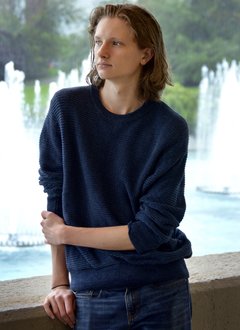 FLEFF's 22nd-anniversary theme is radical infiltrations. In my experience, infiltrations in new media means to attack corruption and exploitation with progressive ideas and forward-thinking. This theme is more germane now than ever.

In a world with viciously growing wealth inequality, climate unaccountability, and partisanship, infiltrations challenge these issues. How does a piece of new media attempt to disrupt or destabilize the status quo? What are the tactics it uses? Why are these tactics being used?

These are the questions I will ask myself as a blogger at FLEFF this year.

In previous years, media at FLEFF has demonstrated the tenets of radical infiltrations. Nicole Defranc and Katrine Skipper use modern web tactics to probe into Norway's dependency on off-shore oil drilling with their online platform The Black Gold - A Web Documentary. It was presented at FLEFF in 2018 and won the jury prize.

A part of Invisible Geographies (one of FLEFF's new media exhibitions), this web documentary challenges and exposes Norway's addiction to oil. It scrutinizes the actualities of the oil industry, the history of the Norwegian oil industry, and cites the potential for a sustainable transition out of an oil-run economy.

Using comparative graphs, critical analysis, and rigorous data, it confronts the power of the oil industry and spreads new ideas. Defranc and Skipper's web documentary is interactive, informative, and encourages dialogue in those who engage with it.

The Black Gold - A Web Documentary uses different devices of online documentary platforms to engage viewers with the opportunities and output of transitioning Norway away from its main financial export. It plants seeds of consumable information that will spread and be engaged with through word of mouth.

The life of The Black Gold - A Web Documentary is continued as it appears in the different conversations we have beyond FLEFF. As a blogger at FLEFF, I am going to be looking for pieces of new media that use similar ideas and methods of infiltration to address the powerful industrial forces of the 21st-century.