Posted by Sophia Feuer at 9:54PM 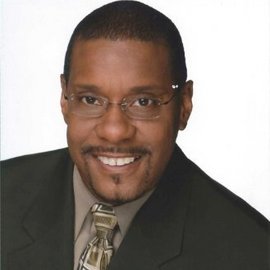 This year’s festival is attracting incredible artists and individuals from all over the world. One of these intriguing people will be Ithaca’s very own Mr. Billy Hall. Mr. Hall will be attending FLEFF as a panelist. You won’t want to miss him, here’s why.

Billy Hall attended Ithaca College where he studied Communication and Media Studies. Since graduating, Mr. Hall has worked as a television programmer and strategist with big names such as FX Movie channel, Turner Network Television (TNT) and Turner Broadcasting System (TBS), among others.

Mr. Hall currently works as a television and media consultant for WLH Media Consulting solutions. On top of this, Mr. Hall says that he is “also looking to produce documentaries.”

With all that Mr. Hall has done with his career thus far, it is interesting to think that Mr. Hall was a student at Ithaca College while FLEFF was still just an idea. “When I was a student I remember professor Zimmermann talking about wanting to do a film festival,” Mr. Hall remarked.

Mr. Hall expressed his enthusiasm in anticipation for FLEFF, saying “The diversity of the filmmakers and their experiences is just so exciting and that’s one of the reasons I think it’s a great film festival. It allows voices that are often not heard at other film festivals to be able to be explored.”

With his vast experience in the field, Mr. Hall shared his insights on the future of the entertainment industry. “I’d say that more than any other generation, today’s today’s student’s have access to produced content and media, with much more fluidity than any other generation.  What I mean by that is that their perspectives can be seen globally, instantly, without the filters of others diluting it. That’s exciting!”

During our interview, Mr. Hall only scratched at the surface of his thoughts and analysis regarding the media industry and the themes surrounding the festival this year. I am excited to see what dialogues Mr. Hall helps to create during the events and panels.

In the words of Mr. Billy Hall, “I hope and I believe that the [Ithaca] community understands what a great resource that FLEFF is, to bring so many different perspectives to their community, and embrace it.”