IF I were to FLEFF again

Posted by Tianhong Yang at 4:41PM 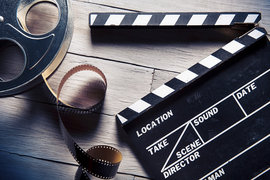 Participating in FLEFF can be hugely rewarding.

Throughout the week of FLEFF, I fully dived into the unknown and embraced complex ideas. I became part of the intellectual and artistic conversations with various film festival guests. As a member of the staff team, I truly appreciated such opportunity for engagement in FLEFF.

If I were to FLEFF again, I would carefully consult the schedule and highlight what I wanted to see beforehand. To maximize my film festival experience, I would select a wide array of events including lectures and presentations by scholars, multimedia concerts on campus, FLEFF Lab sessions, film screenings and discussions at Cinemapolis, and after-parties at Red’s. I would also keep an eye on the filmmakers traveling with their artwork and make sure that I could speak with them after screenings.

If I were to FLEFF again, I would share my enthusiasm with other film festival attendees. I would say “hi” to those in line with or sit next to me for I never know whom I could meet. Many producers, directors, artists, and scholars also attend FLEFF, and the opportunity to network is valuable. This year, I was able to make connection with a Chinese film producer, Wenhua Shi. I learned so much from him about the current situation of film industries in China.

If I were to FLEFF again, I would make sure to thank filmmakers as well as festival staff members. Organizing a film festival can be simply overwhelming. From budgeting to programing, the staff have to make numerous decisions in collaborative teams. It takes almost a year to prepare a festival. The staff cannot even sit back and relax during the festival week as they have to run film screenings. It’s their hard work that allows us to enjoy FLEFF.