Posted by Matthew Reis at 8:13PM 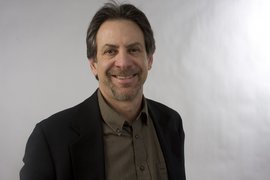 MR: What is your role with FLEFF. Are you promoting or showcasing any works?

SG: I’m a consultant. I am the moderator of a panel called “How to Get Your Break.” Ever since I have been involved with FLEFF we have held this panel every year and it’s been very successful. The panel usually consists of a director, sometimes a distributor along with a writer and an educator. Though I don’t think we are going to have an academic this year.

It really is good to hear how people got their start. You know, what it took for them to do it and what advice they can give now regarding today’s marketplace.

It’s also great to see these films. There’s not too many opportunities to see them. And boy I’ve seen some good films at FLEFF.

MR: Since you worked on large-scale media productions at Viacom for 20 years what do you like about the more intimate nature of independent film? And how do your professional experiences fit in with FLEFF?

SG: Well my favorite part of the job when I was at Viacom was discovering new talent. It’s always what I’ve enjoyed the most. So in conjunction with that one of the things I loved was going to festivals (like Sundance) and seeing new material.

The first part of my career I collected short films. I was actually paid to do that for a TV show that would put on a segment of short films from the Indie world. So I had a great interest in short films so FLEFF gives me an opportunity to continue that.

MR: What are your thoughts on web-based content and viral marketing?

SG: [Viral marketing,] it’s incredible and I think more and more media distribution is going to happen on the web. The online storage rates are better, the streaming rates are better, and as the technology catches up I really think more online distribution is going to happening. At the [Park School] student’s are studying this and want to be the leaders in online distribution. It’s you and your peers generation and that’s how you guys are going to watch film. You will enjoy film via the web.

MR: Do the filmmakers that attend FLEFF and screen their films rebelling against Hollywood or are they looking to get exposure so the Hollywood machine can eventually pick them up? Or are they just looking to get their personal message across?

SG: I think the filmmakers that come to FLEFF don’t have, necessarily, the Hollywood (type-of) film. They’ve found a way to distribute without Hollywood. I mean they want to make their “art.” They want to make art that people see of course — they don’t just want to make art. So Hollywood doesn’t hold that much *promise for them. They don’t want to get lost in a world of commercialism, which doesn’t pay attention so much to art film. I’m not saying that all films at FLEFF are art film. The works shown are just good stories.

(*Mr. Gordon believes that the prevalence of independent film in Hollywood is making a comeback after being down for the last 5 years.)

MR: From what I have heard and experienced firsthand FLEFF films seem to be like little slices of life. To put in another way they are window's into people’s lives that you would never experience for yourself. Do you find this to be the case?

SG: In town we have Cinemapolis (the home of FLEFF week in April) and Cornell Cinema. But without these theater’s FLEFF wouldn’t have a shot and there wouldn’t be an outlet for [Indie films.]

So yeah these films are small stories, they’re great stories, but they’re films that haven’t yet the made it in the Indie marketplace.

MR: Well thanks for talking to me Mr. Gordon.

So what interests you about Mr. Gordon and his amazing insights? Will you attend the panel discussion he is hosting at FLEFF? If so what do you hope to take away from it.