Live-Blog: FLEFF Lab Friday: How to Get Your Break

Posted by Kimberly Capehart at 4:13PM 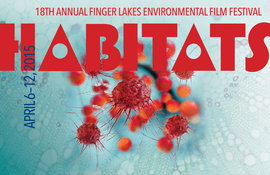 FLEFF Lab Friday's How to Get Your Break Panel

I'm sitting here in the last session of FLEFF Lab Friday: the infamous 'How to Get Your Break Panel,' with a host of filmmakers, distributors, scholars, and new media artists. The panel includes:

Lauren Lazin - Emmy award-winning filmmaker and director of works such as Tupac: Resurrection and L-Word Mississippi: Hate the Sin, both of which are screening at Cinemapolis this weekend

The panelists will be sharing their advice and stories about getting their "break" in the media industry in an intimate setting. Come down to Clark Lounge in Campus Center for the chance to experience all of these internationally-acclaimed guests engaging in dialogue!

Though they come from a range of backgrounds and specialities, all of the guests initially stress the importance of not limiting oneself: creating their own platforms, working in collaborative methodologies, and relying on a community of others.

Additionally, the panelists differ in terms of education and specialty. Lauren Lazin and Karin Chien discuss their experience with graduate school. Chien notes that, for some, graduate school, whether specifically a film/media program or otherwise, can provide a second layer to an undergraduate education, as well as expanding one's network of contacts and potential collaborators.

In a similar vein, Rodrigo Brandao stresses the importance of intelligent engagement and creative and critical thinking. In an age of rapidly-changing technologies and developing models of media, Brandao notes that "the old system is basically collapsing and we have an exciting opportunity to create new options."

However, Chien adds an interesting note to Brandao's comment. Despite the changing industry, she notes, independent filmmakers and distributors often rely on sustainable projects and sustainable industries. "It's a very different type of cinema that they're creating," she notes, "it's very audience-driven."

This point hearkens an earlier FLEFF Lab Friday session with Costa Boutsikaras and Deia Schlosberg. The two youngest filmmakers on the panel had stressed the importance of participation and engagement in order to exchange ideas.

The conversation bounces back and forth among the congregated panelists as they discuss the challenges and benefits of new technologies and changing industries.

"Things are more precarious in a way. Sustainability is definitely an issue and I think it's hard for people to project far into the future," adds Brandao.

Adds Marquez, "You're not necessarily bound by anything anymore."

Instead of labeling and siloing oneself, Chien urges the audience congregated in Clark to "Picture how you define success."

What questions do you have for the panelists?