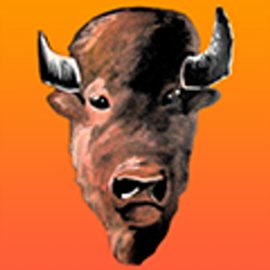 Dr. Nick Knouf and Dr. Claudia Pederson join us for the third hour of FLEFF lab to facilitate a workshop on their new media project Art for Spooks.

Art for spooks began a year ago after the NSA and GCHQ documents were released to the public. These two artists, while looking through the strange images, questioned why are these black box agencies marking images of art and supposed UFOs, among others, as 'top secret'? What's going on within these government surveillance agencies. This multilayered project hopes to explore just how the relationships between perception and reality and surveillance and paranoia can manifest themselves.

It all starts with a book. This book has printed images marked as secret by the NSA and while it stands alone, with a tablet and the art for spooks app, these images are revealed to be layered with animations, videos, and other digital material to augment reality and provide a commentary on these agencies' surveillance practices.

The other half of the book stems from 'Dear Zelda'-the NSA's own internal version of Dear Abby. These texts are taken from actual columns and then placed into a computer to rework the questions and answers. These newly formed statement is plausible, but strange, not quite making sense-same as the images they are placed next to.

These two pieces of the project support the more conceptual and theoretical aspects. Taking influence from Dali's paranoid critical method, Pederson and Knouf are "trying to think about surveillance in the framework of paranoia". By putting images and text next to each other that have nothing to do with reality, the book and app communicate the greater idea that "perception and image are not the same thing".

On top of the physical and conceptual, there is a social layer to the project as well. When looking at these augmentations on a tablet, there is the option to share a screen shot on a variety of social meeting-predominately flickr. The metadata-i.e. embedded information in the images such as location of where the image was taken, etc.- is manipulated to change the gps coordinates to locations of drone strikes and attacks in the middle east.  The aim isn't necessarily to "critique the regimes of surveillance", but to question and send coded messages to the people involved in these agencies (NSA, GCHQ).

Art for Spooks is not the only example of art as a form of protest to a government and it's surveillance practices. The project itself found inspiration in work by Trevor Paglen, Frank Smith, and Dick Higgins.

Art fo Spooks opens up a dialogue with these agencies and calls to question their practices of surveillance by digital means.

"We wanted to create a record of these images that only exist digitally."

If you want to learn more about new media and surveillance protest, be sure to check out Tracking Transience and Not A Bug Splat.

FLEFF Lab continues in Clark Lounge with guests Costa Bousikaras and Deia Schlosberg, Rodrigo Brandao, Karin Chien, Carlos Gutierrez, and Lauren Lazin. Make sure to stop by and join in the conversation.