Posted by Sarah Lockwood at 11:52AM 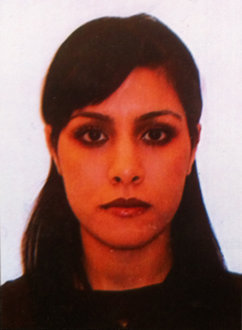 From talking with Menna Khalil, an activist with the Arab Spring movement, it was impossible not to come away with a thorough understanding of the movement's past, present, and future. For those who are not familiar, I asked Menna to discuss a few topics, which I have condensed into the following explanations:

The pot of Arab Spring has been boiling for decades, each country's actions and movements affecting and inspiring one another. In Egypt, specifically, where Menna specializes, most of the unrest derives from its political background - nearly thirty years of nepotism, the gradual diminishing of the middle class, and the domestication and domination of people's everyday lives as a result.

The straw that "broke the camel's back" for the revolution were the "notorious police brutality" found on the streets of Egypt. In one case, a young engineer living in Alexandria was found brutally beaten to death and mouth stuffed with drugs, in a framing of his murder Why?

This man had recorded, and distributed via the internet, a video of several policemen making a drug deal and keeping the money for themselves. This incident along with countless accounts of "humiliating treatment" and "brutal corruption" of the police forces in Egypt spurned the revolution once again.

Menna notes that much of the Arab Spring movement is derived from a sense of "nostalgia" in Egypt. What does she mean by this?

For years, Egypt existed as a nation whose sense of ownership and pride, "being Egyptian", was weak. In order to feel proud of your own society, says Menna, you had to "walk very close to a wall with your head down" and hope not to get caught.

Smaller revolutions in nearby countries preceded Arab Spring, with the hopes of one day developing into a revolution or movement. As an area of the world who, in decades past, have been exposed to war and revolutions, the current generation was moved by a sense of nostalgia for revolution, as well as a desire for change.

The incident of the policemen's drug actions distributed through the internet is a prime example of modern media's affect on the current movement, to which Menna responded emphatically.

Menna feels the internet works as a powerful source of circulation - allowing individuals from opposite ends of the world to share their revolutionary experiences and witness them, respectively. The modern age of connection and distribution gives rise to a movement unlike any other in the past. However, there is a level of caution to take.

Facebook invites to protest were often viewed as "jokes" by older revolutionaries in some ages and "a lot of what happens, can happen, is in the streets" and "is never fully captured by Facebook or Twitter."

As an Egyptian and activist, Menna hopes that the bittersweet term "Arab Spring" and its movement will not eventually fade. The term "spring" evokes the image of a flower "blooming in the spring", which is a beautiful sign for Egyptians and other persons living in the middle east.

However, it also evokes a temporality - that the spring may eventually fade. The middle east conditions are still unclear, not yet "at its best place" for Egypt, Syria, Palestine, and other nations.

"As an Egyptian, I want to think that the revolution is not over, has not sprung then phased out into a different season."

Listen to Menna and her husband, Michael Kennedy, discuss this movement further during their talk tonight, at 7pm in Williams 225, Ithaca College.