Posted by Haley Stearns at 5:19PM 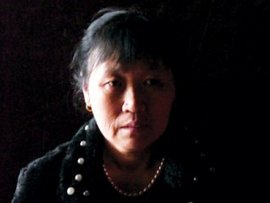 Following the screening of Xu Huijing’s film, Mothers at Cinemapolis on Friday, April 4th, Kevin Lee of dGenerate films stood before an awed audience to further explain the film. Mothers focused on the complex consequences of China’s one-child policy in a rural town. The film addressed the experiences of women in this town who were forced to be sterilized in attempts of adhering to the one-child policy.

Kevin Lee began by explaining that the one-child policy is implemented differently in urban and rural environments based on how officials choose to implement it. He commented that throughout the film it seemed as though “it takes a village to sterilize a woman” based on the footage that portrayed various officials trying to track down a woman to prevent her from having children.

Kevin shared a history of the situation with the audience to further clarify the one-child policy. In the 1950’s and 1960’s, the economy of China was primarily agrarian. Mao Zedong, the Chairman of the Communist Party of China, wanted to boost the economy and encouraged citizens of China to have many children so that they would be able to work on the farms and produce more. As a result, the population boomed.

In 1970, there were over a billion people living in China, and realizing that this country could not sustain everyone, the one-child policy was implemented.

One of the serious consequences of the one-child policy is the creation of the 4,2,1 system. This represents a family unit consisting of 2 grandparents on either side of the family, 2 parents, and then 1 child. Suddenly, the future of an entire family was resting on one child’s shoulders. This not only results in an overly spoiled child, but it also puts an incredible amount of pressure on one person.

The consequences that resulted from implementing the one-child policy affect the society of China in unexpected and not ideal ways. As a result of these consequences, China is trying to phase out the policy, but there’s still a long way to go.