Posted by Erica Moriarty at 5:57PM 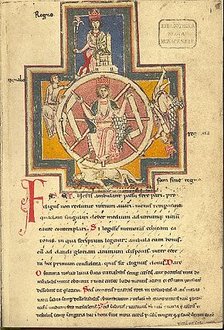 Last night, Hockett Hall filled with the sounds of the medieval, the baroque and the 20th century all at once with Ithaca College’s rendition of Carmina Burana, bringing the audience to their feet in the end.

I met with producer, Phil Wilde, after the show to gather his feelings on the concert.

The goal of the concert was to reinvent Carmina Burana. The producers accomplished this goal by incorporating visuals. In addition, the typically choral concert was done entirely by instruments, other than a few sung pieces.

“It took months of production,” said Phil with an exhausted, but proud look.

The material ties perfectly into FLEFF’s theme of Mobilities . The concert was able to tie in the movement of people, passions and environments with the use of the visual and harmonic.

Phil described the connection: “We took material from the 11th and 12th century and reimagined it in 2013 in a totally new way.”

Although the concert is over, FLEFF certainly is not. Many more concerts and films are to come in the next few days. In the words of Phil, “It’s just the beginning.”

Did you make it to Carmina Burana last night? Which was your favorite piece?