Posted by Molly Bandelli at 11:01AM 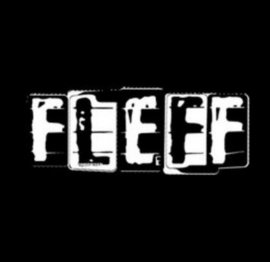 As a soccer player, I was always taught that playing at a fast-pace would win games. Quick touches. Quick passes. Anticipating the next play. Anticipating my next move. Fast strides. My athletic experience made me accustomed to moving fast. Faster was better.

In FLEFF, I encountered something that was foreign to me. Rather than being told to ‘speed up’, I was told to slow down. Slow down with my writing. Slow down to find the story. Slow down to take in all the events happening around you.

The idea of slowing down became my FLEFF week motto. And let me tell you, it has made this experience more incredible than I could have imagined.

We are currently three days into the Finger Lakes Environmental Film Festival and this mindset has allowed me to truly immerse myself in the events occurring on campus. It has allowed me to really focus on the films and presentations happening in front of me, rather than thinking about what’s next.

I saw the effect of slowing down at the in class screening of the Frontline documentary, “Documenting Hate.” The documentary discussed the rise of Neo-Nazi’s and White Supremacist movement since Trumps Inauguration in 2017. The classroom was made up about 20 students who sat silently after the film had ended.

After the silence lingered for about five minutes, a really powerful dialogue took place. The discussion ranged from how white supremacy ideology is still present within in today’s society to how these groups recruited military officials and veterans to access weaponry. I became so lost in the discussion that I didn’t realize that the events ran over what it was initially scheduled for.

Another instance I noticed my motto was in full affect was during the Journalism During the Age of Despots panel. The panel featured Sonali Samarasinghe, Raza Rumi and special guest Pedro Molina.

They discussed the world of journalism and human rights activism from their home countries, in which freedom of speech and expression was limited. They further explained how the government enforces this censorship through acts violence and threats. The panelist had all fled their home countries because their lives were in danger.

As I listened, I felt myself getting lost in their stories. As much as I was saddened, I felt inspired.

The conversation was eye-opening. Under the current administration, we lose sight of how fortunate we are as American citizens that our freedom of speech and expression is protected by the Constitution. Their stories served as a reminder of that.

So as your trying to navigate through the rest of FLEFF week, remember to slow down and take everything in.