Soaking it all up: Blogging for FLEFF 2014

Posted by Blaize Hall at 2:33PM 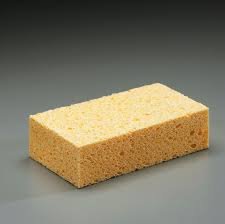 I am brand new.  I am a sponge.  I am a first-time festival worker, first-time paraprofessional blogger, and first-time FLEFF worker.  I jumped into the FLEFF blogging team this semester with few concrete expectations.  I expected to write a lot.  I expected to absorb a mountain of new information.  I expected to engage in dialogue through interviews, reading discussions, and Q&A after films.  And I expected that it all would leave me with a lot to think about.

I’ve listed a few fast facts I’ve picked up along the way.

The experience of blogging for FLEFF thus far has whet my appetite for festivals.  It has made me realize the possibilities for personal growth through festival engagement.  I have invested in material I otherwise would not have, such as viewing Cloud Chamber Orchestra perform during a silent film.  I have read personal testimonies I never would have sought out, such as Gerald Peary’s “Memories of a Film Festival Addict” in the book Coming Soon To A Film Festival Near You.  I have had conversations I would not have had the opportunity for, such as the opportunity to pick John D. Scott’s brain in an interview for a profile.

All of these experiences, with the addition of a wealth of constructive criticism, have pushed me to improve not only practical skills of writing, but also to form connections across facets of my life between material in different jobs and coursework, and to form conclusions for myself.  This is invaluable.