What I've Learned About Film Festivals

Posted by LeeAnna Campbell at 9:18AM 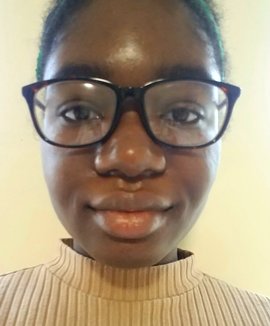 When one goes through life receiving an education focusing on a “general” understanding of the world, you tend to miss out on a lot. Luckily, my academic experience in college has filled in the some of the cracks. Still, even in a school of communications, there are still certain topics that are left by the wayside, barely ever uttered in a classroom.

One topic that falls in that category is film festivals. Sure, there’s passing talk about Cannes or Sundance, but nothing more than that. In a fortunate turn of events, the opportunity of being a FLEFF blogger has granted me an academic gateway into learning more about film festivals.

The first thing I’ve learned about film festivals, though not academic in nature, is that they are hard work. That should have been an obvious one, but I never thought about film festivals enough to register that. There is an ample amount of time, planning, blood, sweat, and tears that goes into planning a film festival and I have been able to see certain transactions and exchanged happen in real time.

It’s also a much more complicated machine to deal with than I previously thought. There are a ton of cogs in this machine, from film distributors to guests invited on campus to dealing with professors teaching FLEFF mini-courses to FLEFF bloggers and many more. So many gears have to turn together to make this machine run and they all have to keep churning right up until the festival, sometimes even while the festival is taking place.

Another thing I’ve learned about festivals is that they’re not all the same. I previously presumed that all film festivals operated in the same mode, which was just to show films and try to enlighten an audience. And while that is generally still true, every film festival has their own agenda. Some festivals lean more towards the message and political aspect and others are more about striking distribution deals. Some are more about selling a location, hence why there are bevy of festivals with that include the name of the place in the name.

An additional piece of information that I’ve learned about FLEFF in particular is that it branches out to all of the schools on campus. Most will only think of FLEFF as a Park School thing, but it isn’t. It’s completely separate from the Park School of Communications, but it works in tandem with Park and every other school on campus too. The FLEFF mini-courses that are offered has professors from all over Ithaca College teaching a wide array of subjects, from the war on drugs to language and discourse in cinema.

Lastly, I learned that festivals are generally a rejection of mass culture. A majority of the films that top the box office and people flock to see at the multiplex are not the same films that will be at a respectable film festival. Film festivals are a place where art and business meet, a blending of indie and commercial. It’s a meeting of the minds from every aspect of the film industry and sometimes even beyond it. Film festivals are necessary node in the film industry and it would be beneficial for every student in Park (and other schools as well) to learn more about them.