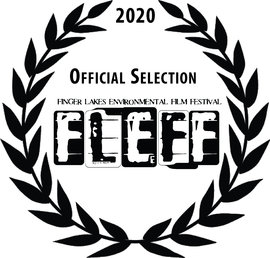 The Park Center for Independent Media (PCIM), launched in 2008 and funded by a generous endowmentfrom the Park Foundation, is a center for the study of media outlets that create and distribute content outside traditional corporate systems.

PCIM's mission is to engage media producers and students in dialogue and action about independent media, especially US-based outlets producing content (across single- or multiple-content platforms) on issues such as equity, social justice, and sustainability.

It examines the impact of independent media on journalism, democracy, society, and participatory cultures in response to concentration of media ownership, the emergence of conglomerates, and corporate constraints on journalism in the United States.

To address multiple economic, environmental, political, and social crises, it is critical to protect a free, independent, and viable media system outside the corporatized mainstream journalism sectors. The highest principles of the First Amendment of the United States and a democracy based on the free exercise of an informed citizenry are of paramount and urgent importance in the current era.

The Center publishes The Indy Brief, a daily summary of news reports from noted indy media outlets.  You can learn more about PCIM and can subscribe to this newsletter to ensure that you remain informed of important news about the Center and the work it covers.

Raza Ahmad Rumi, the current director, is a Pakistani writer and a public policy specialist who teaches in our journalism department and is also visiting faculty at the Cornell Institute for Public Affairs.  He continues to be the consulting editor for The Friday Times, and a senior fellow at the Jinnah Institute in Islamabad.  Before coming to the U.S., Mr. Rumi was a print and broadcast journalist in Pakistan where in March 2014, he narrowly survived an assassination attempt in which his driver lost his life.

The Finger Lakes Environmental Film Festival (FLEFF) motto “A Different Environment” has accrued new significance and depth. And so too has our 2020 festival theme, INFILTRATIONS.

COVID-19 has slung the world into a different environment with staggering rapidity.

This newly-launched, rapid-response exhibition Infiltrations: A Different Media Environment stands as our contribution to our extended FLEFF community. It underscores the galvanizing power of the international independent media scene during this unprecedented state of global public health emergency. It is a co-production between FLEFF and the Park Center for Independent Media.

Exhibition featured groups and project include:

But it did not cancel our hope for global independent media to fortify all of us for the unfolding and unknown struggles ahead.

We present this exhibition for all those needing respite from mainstream news, social media feeds, or commercial streaming binge-watching.

And we offer Infiltrations: A Different Media Environment for all those professors now catapulted into the different environment of remote instruction who might be scavenging for short, accessible works for their classes. These videos remind our students that it is now their mission  to create a different global environment.

This exhibition of media projects is generously supported by the Park Foundation. It is also a partnership with the Park Center for Independent Media at Ithaca College.