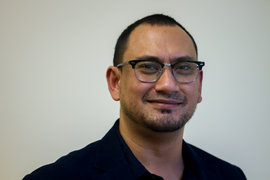 Enrico is currently the Associate Director for Southeast Asia with the New York-based Vital Strategies. Previously he was the Southeast Asia Editor of an Australian video technology group EngageMedia, where he now serves as a board member. Prior to that, he was journalist for the Maritime Workers’ Journal in Sydney, a stringer for ABC News (US), and media officer for the Food and Agriculture Organization in Jakarta. Enrico has done media work and campaigns such as Australian labor disputes, freedom of the press in Indonesia, transparency and accountability, the avian influenza outbreak, media development in Timor Leste, and indigenous rights in West Papua. Enrico is also an award winning filmmaker for his Papuan Voices video series. He resides in Jakarta, Indonesia.

It troubles me that tobacco can easily come to mind when people think about Indonesia, whether because of images of the smoking baby, or the way the film Blackhat (2015, Michael Mann) displays Jakarta with streets full of smokers rather than famous landmarks.

The problem of tobacco use is real, and the data are shocking.

Around 57 million Indonesians use tobacco. Usage increased from 27% in 1995 to more than 36% in 2013. Two-thirds of Indonesian males over the age of 15 smoke tobacco.[1] They start at even younger ages--many as early as ten years old. Although only 4.5% of Indonesian women smoke, tobacco industry marketing is targeted at increasing their numbers.

The resulting health and economic burden is immense.

In 2010, tobacco caused 20% of adult male deaths and 8.1% of adult female deaths, the latter largely due to the effects of second-hand smoke.[2]

Indonesian households spend three to five times more on cigarettes than on education,[3] and in 2015, cigarettes constituted the second largest household expense after rice among Indonesia’s poorest households. The impact on children’s health, nutrition, and education perpetuates cycles of poverty and ill health that harm families and impede economic growth.

If non-communicable diseases (NCDs) like heart disease, cancers, chronic respiratory illness, and diabetes are not reduced, the World Economic Forum has estimated that Indonesia’s economy will lose as much as US$4.5 trillion from 2012 to 2030. Tobacco use is a primary cause of these diseases. It must be reduced.

Unfortunately, Indonesia is not a signatory to the World Health Organization (WHO) Framework Convention on Tobacco Control (FCTC), which obliges countries to implement strategies to reduce tobacco use.

The wealth, power, and political influence of national and multinational tobacco companies is key. Beyond commerce and politics, the industry is deeply embedded in Indonesia’s cultural and educational life through sponsorship of educational programs, sports, TV programs, and concerts. The resources of health advocates cannot match those of a company that paints an entire village overnight as a publicity stunt.

Yet, the scale of these challenges cannot deter our efforts to reduce tobacco use.

In the absence of a comprehensive, national ban on tobacco advertising, marketing, and promotion, we must challenge the industry’s messaging so people are informed about the real harms of tobacco.

In this respect, advocates have had to overcome vested interests as well as mistaken assumptions that people are fully informed about tobacco’s harms.[4] It is still difficult to secure broadcast time for anti-tobacco ads between 9:30 p.m. and 5:00 a.m., when tobacco ads are scheduled.

Some Indonesian TV stations initially rejected the ad, complaining about the sound quality. We had to clarify that the audio was his authentic voice, not a recording or editing mistake.

Once broadcast, this shocking ad had an immediate impact on knowledge and behaviors.

It was followed by two more television ads.  Ike featured a mother of two and victim of second-hand smoke, diagnosed with throat cancer.  Robby showed a smoker who died from tobacco-related cancer at the age of 27, and his family.

We developed these “Raw and Real” pared-down, documentary-style ad campaigns to focus on real tobacco victims rather than actors, to give them a voice. Each campaign reached 100 million people. They spoke to a wide audience, showing the health harms of smoking, secondhand smoke to non-smokers, and the emotional impact on families of tobacco victims.

This is the reality: tobacco harms many different people in many different ways. Research confirms that these ads have impacted attitudes, support for tobacco control policies, and behaviors, generating millions of quit attempts among smokers.[5] Robby even said that the Panjiatan campaign encouraged him to undergo surgery for his own cancer.

These campaigns reassured Indonesians it is acceptable to speak out about tobacco-related illness. We are using social media to amplify that conversation in a sustainable way. Inspired by Humans of New York, the Suara Tanpa Rokok campaign empowers Indonesians to share their own tobacco victim stories and photos. They can read others’ stories via the campaign's Facebook page and at http://suaratanparokok.co.id/.

More than 10 million people have viewed this campaign online. Hundreds have attended related off-line events. It is increasing awareness about the harms of tobacco and the range of people affected, activating the silent majority of Indonesians who do not smoke, particularly women and youth.

More mass media tobacco control campaigns would accelerate progress, and Indonesia’s government could adopt sustainable financing mechanisms to achieve that goal. For example, it could increase tobacco taxes to pay for media placement and require broadcasters to commit free or heavily discounted airtime to health campaigns.

Tax increases that make tobacco less affordable would also help the Ministry of Health move towards its target of reducing smoking by 10 percentage points between 2013 and 2024, benefitting everyone.

Government expenditures could also better reflect the burden of tobacco. In 2016, approximately Rp 7 billion (US$ 600,000) was spent on media placement for politically challenged tobacco control ads, while Rp 40 billion was committed to another important but less controversial health issue--polio.

An increase in subnational mass media campaigns would also help. These have been highly successful in the Philippines, India, and China, where they have supported the introduction of smoke-free laws in cities like Beijing and Shanghai. Encouragingly, some provincial governments in Indonesia are starting to use funds from tobacco taxes earmarked for public health to implement campaigns on local radio stations.

The best results would be sustainable, best practice communication campaigns owned, directed, and implemented by Indonesia’s national government in alignment with a strong, comprehensive national tobacco control policy. Until then, we will continue to advocate for progress.