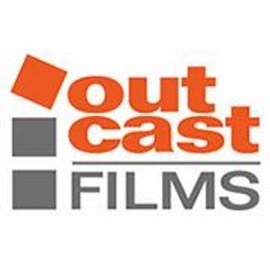 Vanessa Domico brings over 25 years of business experience in both the corporate and non-profit sectors. After receiving her BS in Film Studies from the University of Pittsburgh and a MFA in Photography from Cornell, Vanessa transitioned to the business side of filmmaking by joining the team of WMM (Women Make Movies), first as the Marketing and Distribution Director and eventually holding the position of Deputy Director. Having engineered several successful educational outreach campaigns including HIV@30 and Response to Hate and for films such as Shored Up and Growing Up Coy, Vanessa continues to work hard to raise awareness around important social justice and urgent environmental issues.

Jen Heuson is a scholar and filmmaker whose work explores travel, culture and identity. Her short films have screened at FLEX Fest, Big Muddy, Black Maria, and the Margaret Mead Film & Video Festival. She has also produced sound ethnographies of the Peruvian Amazon, New York City, and South Dakota's Black Hills and has written articles for Contemporary Music Review, Sensate and Ethnoscripts. Jen earned her PhD with distinction from the Department of Media, Culture and Communication at New York University in 2015. Jen is currently directing a film and community-engagement project about aural sovereignty and writing a science-fiction novel about stone tape theory in South Dakota. She is the Professional Development Manager at UnionDocs Center for Documentary Art in Brooklyn and teaches media ethics and film at The New School.

LGBT lives have typically been represented by stories of individuals on the fringes of heteronormative society. Marginalized, these outcasts served as the hallmark of queer culture.

While Transparent may not signal the resolution of LGBT objectives, it marks a change in the representation of LGBT rights. Gender identity and sexual orientation are central to heteronormative understandings of family and community, as Transparent so poignantly reveals.

In 2004, LGBT issues remained peripheral to mainstream documentaries. Films focusing on LGBT issues were not widely distributed. Outcast Films responded through the distribution of documentaries focusing on same-sex marriage (Tying the Knot, 2004), transgender issues (She’s a Boy I Knew, 2006; Cruel and Unusual, 2006), and “safer sex” in an age of HIV/AIDS (Sex in an Epidemic, 2010), Outcast sought to ensure LGBT stories were heard beyond film festivals.

Outcast Films, under the direction of Vanessa Domico (founder and executive director), recognized the outsider status of LGBT concerns—and posited the outcast as a productive site of intervention. LGBT stories have battled for screen time, and their marginalization confirmed the need for an issue-specific, audience-building distribution model. Outcast Films became an active force to mobilize for social change, and its film acquisitions aimed at rewiring Americans’ assumptions.

Since Outcast’s founding, the discursive terrains of LGBT issues have transformed. Debates about same-sex marriage, transgender bathrooms, and AIDS treatment have entered into public discussion.

Still, moving to public discourse does not suggest that all Americans agree with LGBT goals. It does not mean LGBT lives are less excluded.

Indeed, as the mass shooting at a nightclub in Orlando in the summer 2016 reminds us, LGBT lives are in danger.

Past LGBT hate crimes targeted individuals—the brutal torture of Matthew Shepard, for instance, but these crimes were clandestine. The Orlando massacre, on the other hand, constituted a direct public attack on a community.

Echoing popular culture and political debate, hate-inspired violence is moving to the center.

Eric Juhola’s recent release, Growing Up Coy (2016), demonstrates that our models are inadequate. Juhola’s film shows one family’s fight for their 6-year-old transgender daughter’s right to use the girl’s bathroom at her school. It is about what it takes to parent and nurture children, abandoning the periphery model of queer representation to embrace the notion of the outcast as a political tactic.

The links between LGBT and other issues mobilize Outcast’s current distribution model.  These alliances suggest that the future of social justice documentary resides in working the zones between movements.

This shift to intersectional complexities in activism challenges the peripheral status of LGBT and other activist stories as it suggests the potential of the outcast as productive tactic.

These shifts prompt questions about the current media environment: how useful is our notion of the “outcast” as a model for understanding LGBT and other issues? Can the term open a path to think in new ways about the future of documentary filmmaking?

In 2014, the answers to these questions seemed clear. Outcast Films considered changing its name to better reflect its commitment to LGBT, environmental, and social justice film.

Like other social justice institutions in the U.S., Outcast wanted to shed its peripheral status. LGBT, environmental, and other political issues had taken hold of the center. On the horizon, an inclusive America—although still distant—seemed to be emerging.

The 2016 U.S. Presidential election disrupted all of our strategies. Across the country, hate speech escalated after the election results were announced.  Progressive groups immediately began strategizing how to fight the proposed dismantling of decades of social reform.  As analysts from the mainstream to the independent press have observed, America is dangerously divided.

The U.S. election result has not, however, solidified a conservative center. It affirms a nation split by conflicts cutting through many levels of American life.  Now, activists and documentarians must work within this fraught politic where core values are in opposition.

In this political climate, what is the role of documentary film? When the goal is no longer to bring peripheral stories to the mainstream, what strategies are effective?

One answer is to reinvent the concept of outcast as a model of resistance.

Instead of bringing outsider characters, stories, or issues to a dominant core, the term outcast could be mobilized as a refusal to be cast out or cast away. This reinvention could shape outcast filmmaking and activism as a way to battle in the center.

The outcast uses mediation and negotiation.  Films emphasizing dialogue, collaboration, and experimentation define this model, standing with allies and alongside foes to fight decentered politics across issues, identity, and ideological differences.

We need films that model modes of alliance and community. We need daring films that experiment across forms and platforms.

Transparent and Growing Up Coy invent a new form of LGBT advocacy by occupying the center, positioning the outcast in a place of empowered vision. Speaking from the center, the outcast constitutes new ways to be part of a family, a community, and a nation.