← Back to “Trustee Biographies” 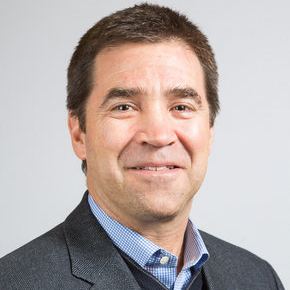 He graduated with a B.S. in management from the School of Business and spent 11 years in the health care industry, serving as senior vice president and general manager of the New England region for Aetna in addition to a variety of management and marketing functions with U.S. Healthcare. He joined Bright Horizons in 1997 as the chief development officer and was named CEO in January 2002.

Based in Watertown, Massachusetts, Bright Horizons manages more than 900 early-care and education centers and schools, employing 25,000 people worldwide. David is responsible for leading the company's global expansion into Europe and Canada and serves as an executive resource to many of its client partners, helping to develop new and innovative services that meet the evolving needs of working families.

Bright Horizons has consistently been the only child-care organization named by Fortune magazine to its list of the 100 best companies to work for in America and by the Financial Times as one of the top 50 employers in Europe. It was recognized by President Bill Clinton with the Ron Brown Award for Corporate Leadership.

Prior to becoming vice chair in 2015, David served on a number of board committees, including the Audit Committee, Campaign Planning Committee, Risk Management Committee, and Trusteeship Committee.

He previously served as a member of the President's Roundtable, Business School Advisory Council, and School of Business Campaign Committee, and also played a leadership volunteer role with the Ithaca Fund (now known as the IC Annual Fund). In 2010 he was honored with the Professional Achievement Award by the Ithaca College Alumni Association.

He and his wife, Suzanne, live in Needham, Massachusetts, with their three children.

*As chair, David is an ex officio member of all other standing committees in addition to those listed above.

What I love best about serving as a trustee:
I was able to attend IC due to the generosity of financial aid, and I view my service as paying that forward.

Favorite memory from my student days:
I met my wife and a group of lifelong friends.