A Look at the Class of 2021 at Ithaca College

It’s an auspicious year for the Class of 2021 at Ithaca College. The newest class — along with 100 new transfer students — joins the school during its 125-year anniversary, and will be part of a campus community and alumni network that will celebrate all things IC.

With the academic year officially underway with the start of classes on Wednesday and the Convocation and Community Picnic held earlier in the week, here’s a closer look at the who, what, where and why of the approximately 1,620 students who make up the Class of 2021. 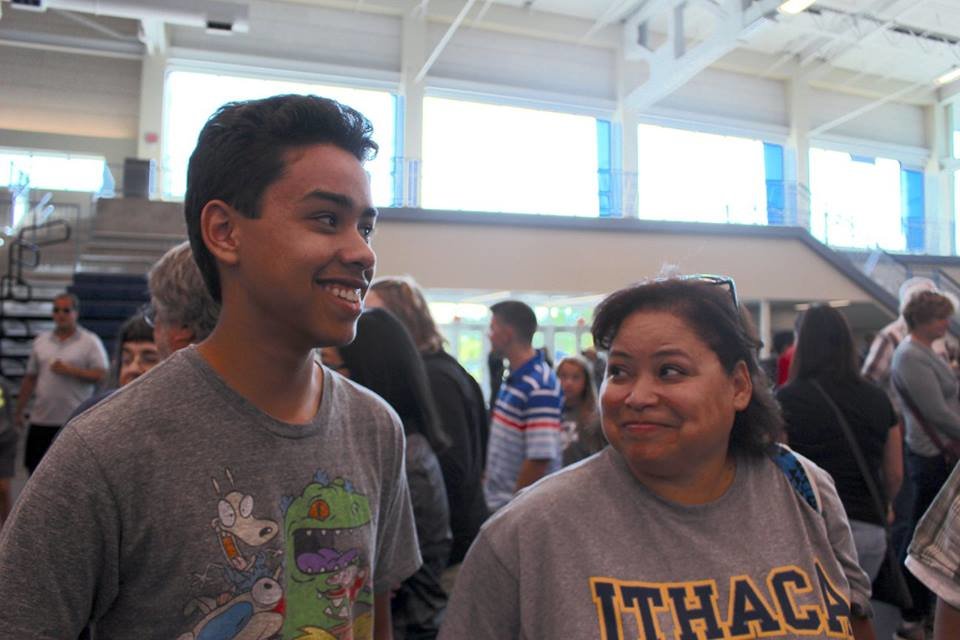 The Class of 2021 graduated from 1,070 high schools, most of which — 78 percent — were public. Their mean high school GPA is 3.28. Three high school valedictorians and nine salutatorians are among the incoming class.

While SAT or ACT scores aren’t required when applying to IC, many students submit them for consideration. The mean combined SAT score for the incoming class is 1194, while mean scores for verbal, math, and writing are 607, 587, and 583 respectively.

But numbers only tell part of the story. In their applications, the Class of 2021 shared some of the passions they’ve developed and will bring with them to Ithaca College. Many have worked on service projects in their communities or lent their time and energy to non-profit organizations. There are volunteer fire fighters, Special Olympics volunteers, numerous sports team captains, class presidents and school newspaper editors-in-chief. 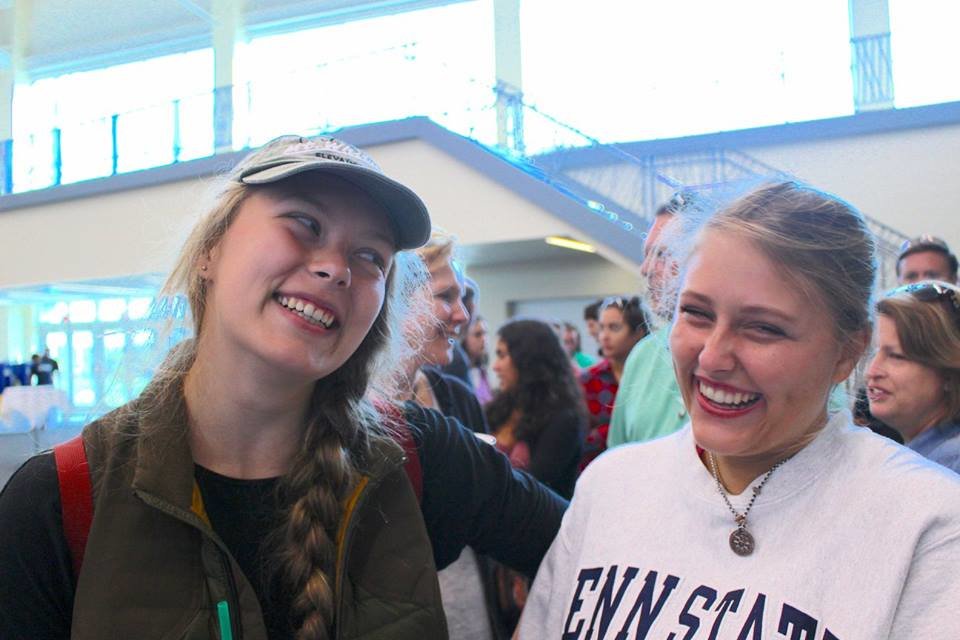 Q: "What's it like to go to college with someone you know from high school?" "It's a comfort to have each other here. If I'm crying I'm not embarrassed to hug her." -- Molly and Sarah (Photo by Rachel Yohe.)


The incoming class have devoted themselves to issues such as climate change, bullying, food insecurity and fostering a sense of worth and positive self-image in others. They’ve raised money for cancer research, music programs in their schools and donated to a fifth-grade robotics program in another state.

Merit-based aid was distributed throughout the Class of 2021, including the 64 students who received a Leadership Scholarship for their demonstrated record of leadership and academic achievement. The college’s Martin Luther King Scholar Program and Park Scholar Program each added 10 students from this year’s cohort, as well.

“I’m so excited to welcome this talented cohort,” said Nicole Eversley Bradwell, IC’s director of admission. “We’ve been working with them over the past year and a half on the admission application process and it is a thrill to engage with these students and experience their becoming members of our community.” 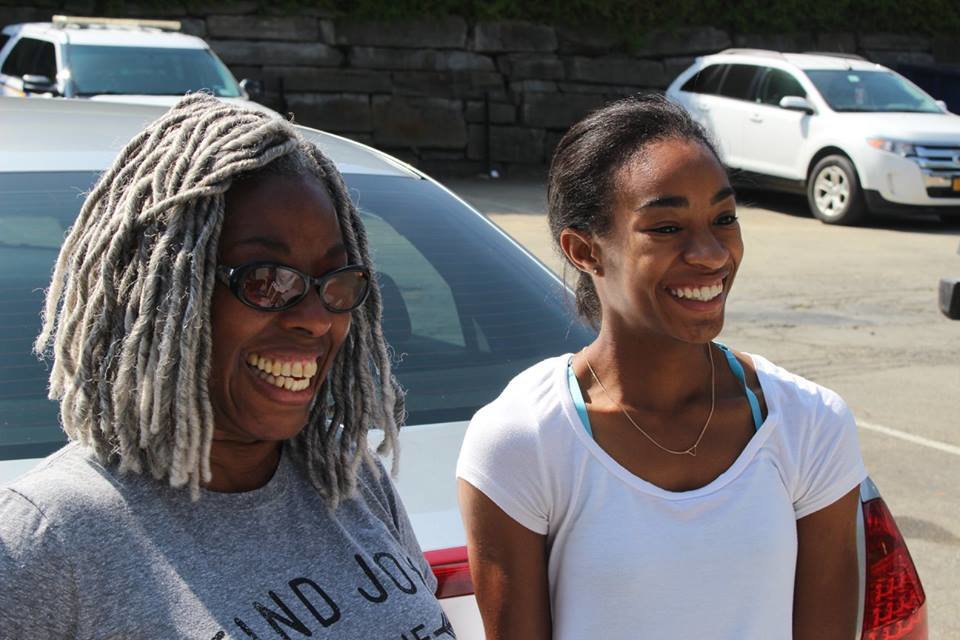 Q: "What's your hope for the future?" "I'm excited to study things that I'm actually interested in. I hope I find a job that doesn't feel like a job." -- Mikayla, with her mother Roxanne (Photo by Rachel Yohe.)

The class of 2021 hails from across the United States and around the world.

Unsurprisingly, New York State has the highest representation at 40 percent, while New Jersey (16 percent), Massachusetts (8 percent), Pennsylvania (8 percent) and Connecticut (7 percent) round out the top five states from which members of the freshman class come. The rest of New England, Maryland and California round out the top 10 states that the Class of 2021 call home.

This year’s class stretches beyond the contiguous United States, with one student each from Hawaii and Alaska. In all, 40 states are represented, as is Washington, D.C. and Puerto Rico. 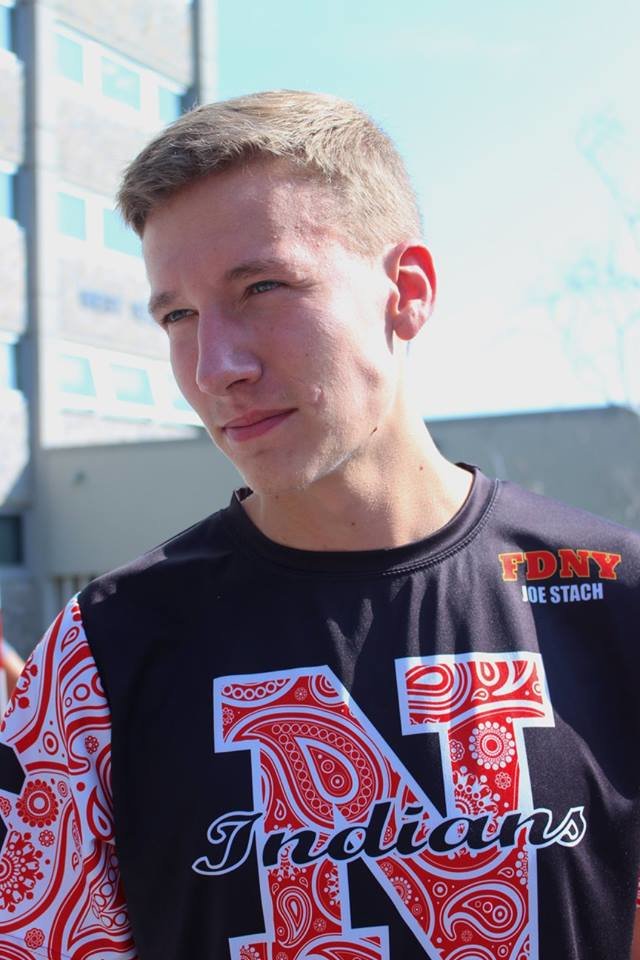 Q: "What are your hopes for the future?" Karl: "I want to be a jazz performance major and environmental scientist, so however I can do that."

Fifty-nine percent of the Class of 2021 identified as female, compared to the 41 percent who identified as male; 0.1 percent chose not to identify their gender. Students of color compose 24 percent, up slightly from the previous few years. Students who classify themselves as white make up 72 percent of the incoming class, and the rest classified themselves as other/unknown.

Many of the students will be the first in their families to go to college: 15 percent identified themselves as first-generation college students.

For most of the Class of 2021, their first days on campus mark the beginning of their IC memories. A good handful of others, though, are joining a legacy already established by their families: 36 first-year students have parents who are alumni, while 50 have a sibling who attended or still attends. Another 21 have at least one parent employed at the college.