The public is invited to enjoy “A Century of Bernstein and Beyond” — a special preview of Ithaca College’s traditional Commencement Eve Concert — on Friday, May 18, at the Athletics and Events Center. Serving as a dress rehearsal for the following night’s performance, the concert will be held at 8:30 p.m. and admission is free. 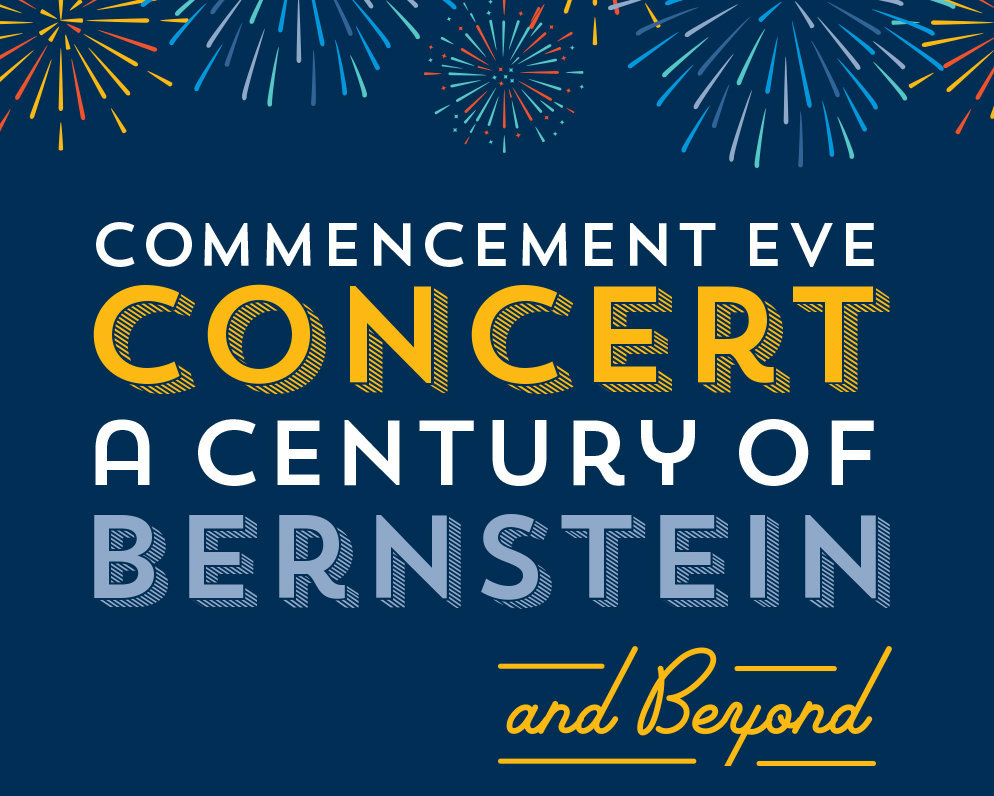 The concert will feature selections from some of Bernstein’s most well-known musicals, including “West Side Story,” “On the Town” and “Candide.” Also on the program are such out-of-this-world pieces as “Jupiter” from Holst’s “The Planets” and “To Boldy Go” — based on the music from “Star Trek” — along with the choral piece “Karimatanu Kuicha” and the spiritual “My God is a Rock.”

For more information on Commencement at Ithaca College, visit www.ithaca.edu/commencement.