She’s been pepper-sprayed by police in Eastern Europe and arrested in New York, but that hasn’t been enough to stop Sandra Steingraber, an anti-fracking activist and distinguished scholar in residence at Ithaca College. The biologist and author’s dedication to saving the environment is brought to the screen in the award-winning documentary “Unfractured,” which made its international premiere on Nov. 11 at DOC NYC, the largest documentary film festival in the United States. 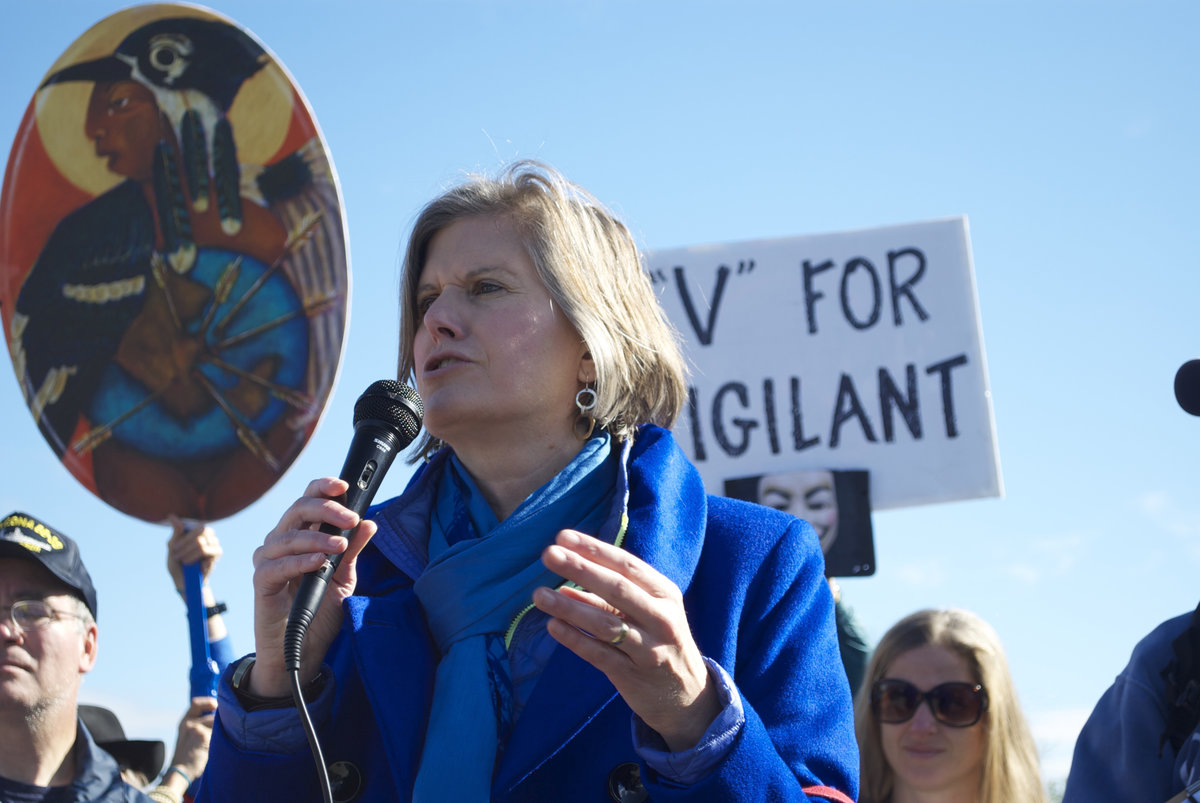 
The documentary was named the best Canadian feature film during its premiere at Canada’s Planet in Focus Environmental Film Festival in October. It will make its European premiere on Dec. 3 in Austria.

“Unfractured” follows Steingraber’s fight against fracking, the controversial process of injecting a mix of water, sand and chemicals into the Earth’s crust in order to extract oil and gas. Her stand against the practice started when she discovered that her own home in New York was threatened by it.

“I found out that there were plots of land within my own village here in Tompkins County that were already leased to the gas industry,” Steingraber said. “Given what I knew about the toxic chemicals that were going to be used, I was really concerned.”

She began traveling to affected communities around the state with other biologists and activists, translating the science of the risks and harms of fracking into a language non-experts can understand.

As documented in the film, Steingraber quickly became a leader of one of the biggest grassroots movements in New York, which ultimately led to Gov. Andrew Cuomo’s declaration of a permanent statewide fracking ban in December 2014.

One of the documentary’s more harrowing scenes occurs in Romania, where Steingraber traveled in 2013 after hearing the struggles of one small town due to fracking. She described feeling a deep moral obligation to go there after learning that American oil company Chevron was occupying land and military police were acting as its security force, threatening the community. Activists there used civil disobedience to fight against fracking.

While walking down the village’s one road, police jumped out of the bushes, pepper-spraying Steingraber and a group of locals that she was with.

“I came back from Romania even more determined,” Steingraber said. “It gave me some new ideas and inspired me to think about civil disobedience as a possible tactic.”

While using those tactics, she would later be arrested and jailed twice for blocking the entrance to a natural gas facility near Ithaca.

In addition to her activism, Steingraber serves as an interdisciplinary resource for students at Ithaca College. Her expertise ranges from biology and environmental science to media and communication, and she often gives guest lectures in those areas and teaches special topics courses in the Department of Environmental Studies and Sciences.

“Unfractured” isn’t Steingraber’s first documentary. She was previously featured in “Living Downstream,” which was based on her book about living with cancer and its environmental links. Both films were produced and directed by Chanda Chevannes, whose collaboration with Steingraber has spanned more than a decade.

When the team was in the process of creating “Living Downstream,” Steingraber took inspiration from the work being done in Ithaca College’s cinema and photography department.

“Films and books are so different from each other that I didn't know how to tell a visual story,” Steingraber said. “Being at Ithaca College with such a strong film department helped me as a biologist see how we could transform what was on the page, both the personal story and the data, and bring that to life.” 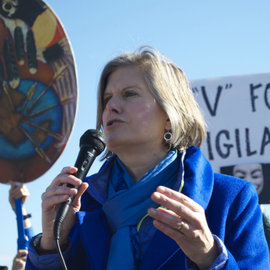