Whether you’re watching the 2018 Winter Olympic Games live in person in Pyeongchang, Korea, or from the comfort of your own home, chances are there’s an Ithaca College student helping to make it happen. Nearly 50 students from the School of Business and the Roy H. Park School of Communications will be assisting the Korean Olympic Committee and NBC Sports to facilitate and broadcast the games.

Twenty sport management students from the School of Business will be helping to manage the 102 events occurring at the games themselves. Ithaca College is one of only two schools selected to help the Korean Olympic Committee run the games. 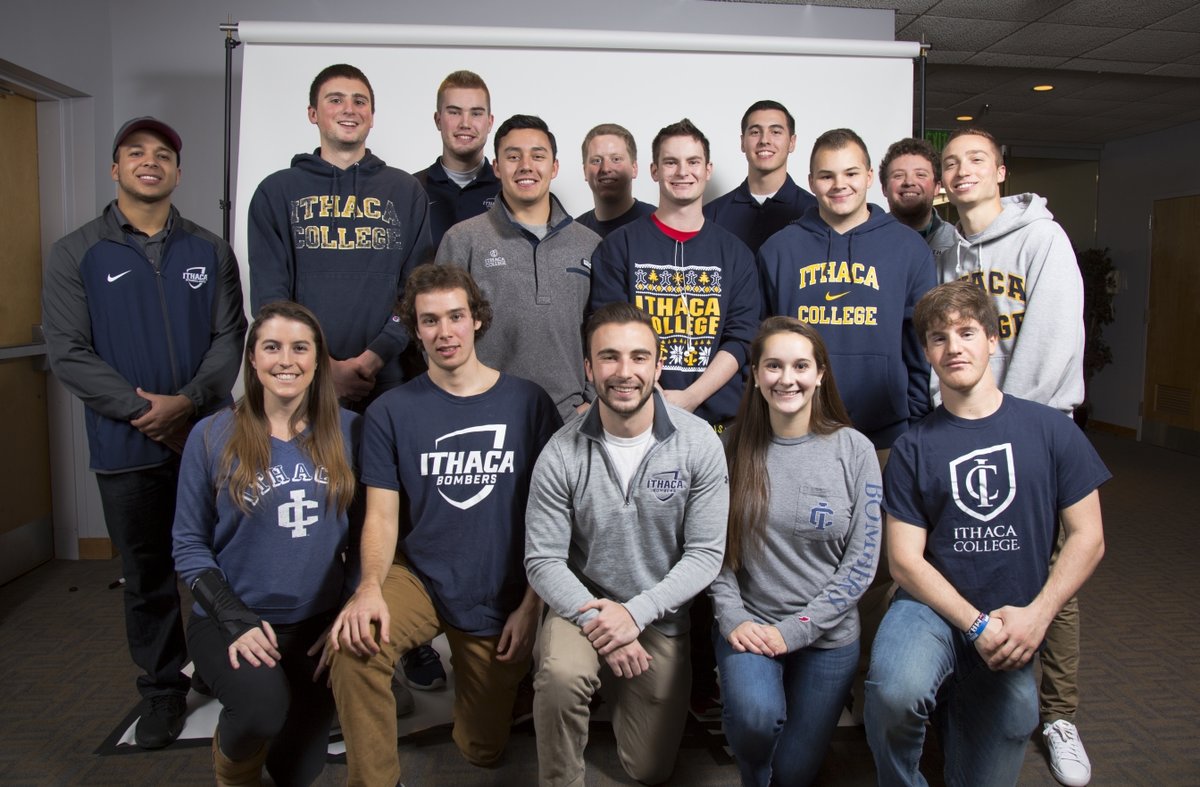 Students from the School of Business will assist with venue operations at the Pyeongchang Olympics. (Photo by Giovanni Santacroce)


The students will be stationed in various locations, such as the Alpensia Ski Jumping Center and the Gangneung Ice Arena. They will assist with venue operations, such as ushering athletes and spectators around the venues.

“I'm excited to experience the Olympics, the biggest sporting event in the world,” said junior Cole Carnemark. “Being able to attend, work and get that experience is priceless.”

Prior to the games, the business school students will spend a week in Seoul learning about sports and Korean culture, including visits to the top sports television network, attending a class with Korean sport management students and touring historical and cultural sites.

Sean Reid, dean of the School of Business, credited the sport management faculty’s extensive network of alumni and professional partnerships in the sport industry for providing students with high-level volunteer and internship opportunities. Associate professor Wonyul Bae, who is originally from Korea, leveraged connections made through his professional experience as both an athlete (he played college basketball in Korea) and agent to secure the opportunity for students to intern in Pyeongchang.

“We are thrilled to be able to offer these students the opportunity of a lifetime at the 2018 Pyeongchang Winter Olympic Games,” said Reid. “A key part of the sport management program is the experiential learning that comes from internships and professional development activities. In the competitive job market in the sport industry, having these real world experiences on their resumes differentiate our students and makes them stand out against the competition.”

While the sport management students are assisting with venue operations, 29 students from the Park School will work as interns supporting NBC’s coverage of the Olympics, which will be held Feb. 9–25. Eight of those students will be in Korea, while the remainder will work from the NBC Sports broadcast and production facility in Stamford, Connecticut. 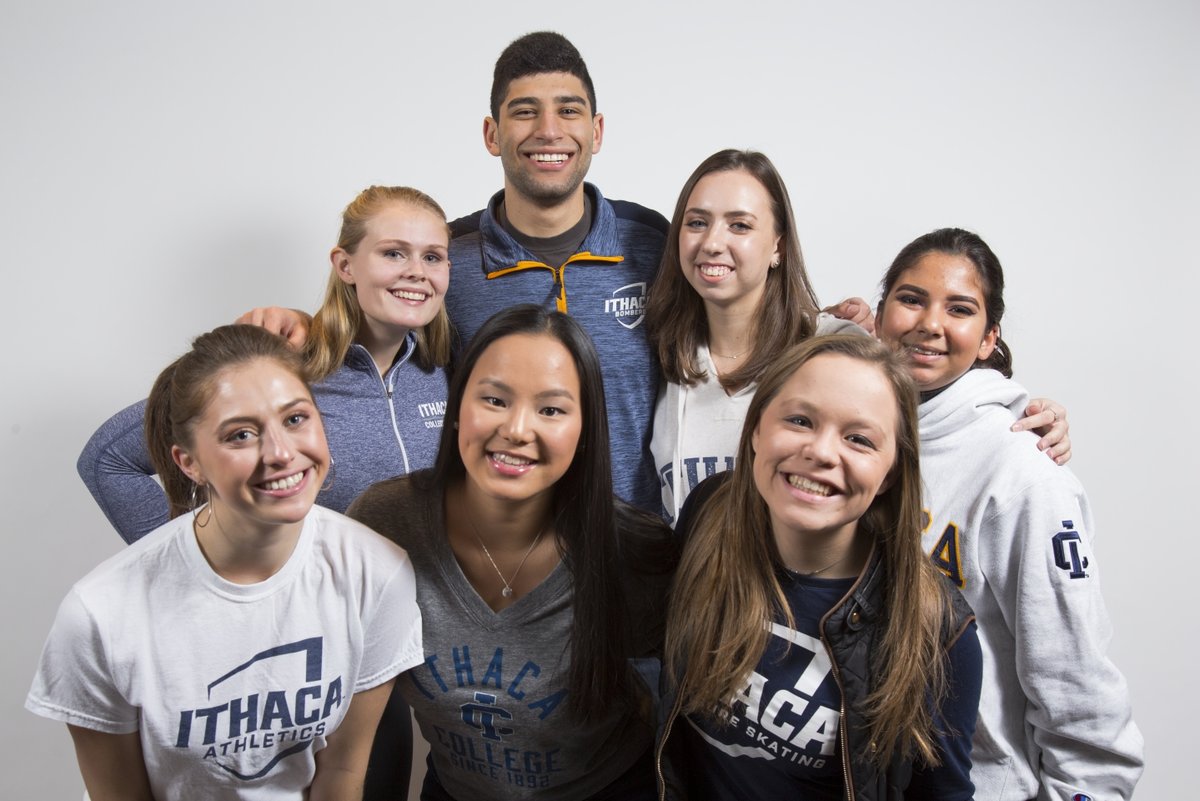 Students from the Roy H. Park School of Communications have been interning with NBC during the Olympics since 2006. (Photo by Giovanni Santacroce)


“Since 2006, Park School students have been selected by NBC as interns for their coverage of the Olympics. Now it's a tradition for our alumni who are covering the Olympics to seek out the current crop,” said Diane Gayeski, dean of the Park School. “I'm so proud of the way our students and alumni support each other and spread our reputation as a school that prepares young leaders for the rigorous challenges of intense international media assignments.”

The student interns will fill a variety of roles for NBC, from inserting ads into the broadcast to choosing which shots will be shown on television.

“I'm looking forward to experiencing the high-pace work environment that is NBC Sports,” said Maddison Murnane, a senior journalism major who will be logging video in Stamford. “I'm also really excited to work alongside Ithaca students and make connections with people who work at NBC.”

When the interns return to campus, they will take part in special courses to share and reflect critically on their experiences.

Many of the students from both the Park School and the School of Business have a personal connection to the Olympics. Julia Damesek, a sophomore integrated marketing communications major, aspired to compete in the Olympics herself as a synchronized ice dancer. “I used to be a member of Team USA, so I'm really excited to be repping the USA again,” said Damesek.

Senior sport management student Indiana Jones raced against U.S. alpine skier and Olympic gold medalist Mikaela Shiffrin when she was younger. “I'm very excited to see how she does this year,” said Jones.

For sophomore television-radio major Adrienne Smith, who was adopted from Seoul, Korea, when she was six months old, the Pyeongchang Olympics represent a homecoming of sorts, even if she’ll be working in Connecticut.

“I'm just really excited to cover something back in my homeland,” said Smith. “It's really near and dear to my heart that I have the opportunity to do so.” 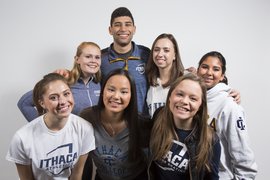