The award ceremony — featuring Scheer and “City Limits” editor Jarrett Murphy — is scheduled for the evening of April 11 at the college, with details to be announced soon.

The Izzy Award is named after dissident journalist I.F. “Izzy” Stone, who launched his muckraking newsletter “I.F. Stone’s Weekly” in 1953 during the height of the McCarthy witch hunts. Stone, who died in 1989, exposed government deceit and corruption while championing civil liberties, racial justice and international diplomacy.

A longtime path-breaking journalist for both mainstream and independent outlets, Robert Scheer is now editor in chief of “Truthdig,” a news site he cofounded for “drilling beneath the headlines.” In reviewing his work in 2010, the Izzy Award judges described him as “a beacon of journalistic independence who exposes both major parties on issues foreign and domestic, while giving voice to the disenfranchised.”

Besides his deeply-reported “Truthdig” columns, which are widely distributed by independent outlets, Scheer recently published his sixth book, “The Great American Stickup: How Reagan Republicans and Clinton Democrats Enriched Wall Street While Mugging Main Street.” A top editor of “Ramparts” magazine in the 1960s, he was a national correspondent for the “Los Angeles Times” from 1976 to 1993. He is a regular analyst on public radio’s “Left, Right and Center.”

“City Limits” is an independent investigative magazine and news site covering New York City. It focuses on communities neglected by mainstream media, including low-income New Yorkers, immigrants and communities of color. In 2010 the outlet explored issues ranging from charter schools to “the deepening economic crisis of New York’s black men” to “the death and life of the neighborhood store.” The Izzy Award judges called its output — produced by two fulltime editors with regular freelance contributors — “a model of in-depth urban journalism that examines systemic problems, challenges assumptions and points toward solutions.”

Published by the nonprofit Community Service Society of New York, “City Limits” is a member of the Investigative News Network. The magazine comes out six times a year and dedicates each edition to comprehensive reporting on a single topic. Its companion website, CityLimits.org, provides in-depth reporting, jobs, resources and multimedia.

Based in the Roy H. Park School of Communications at Ithaca College, the Park Center for Independent Media was launched in 2008 as a national center for the study of media outlets that create and distribute content outside traditional corporate systems.

“Robert Scheer and ‘City Limits’ both embody the spirit of Izzy Stone,” said Cohen. “They ask tough questions, do in-depth reporting and give voice to the voiceless. At age 74, Scheer is as cutting edge a journalist as ever.”

“This year’s winners were chosen from an exceptionally competitive pool of entries that demonstrated the tenacity, intelligence and unwillingness to settle for convenient answers that are the hallmarks of stories produced by independent outlets,” said Jue. “The judges salute all the nominees for the caliber of their work on topics from Wall Street to the environment to civil rights to U.S. foreign policy.” 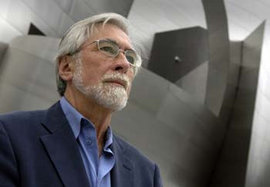