Ithaca College President Shirley M. Collado was honored by the American Chamber of Commerce in the Dominican Republic for becoming the first Dominican American president of a four-year college or university in the U.S. during a special reception on May 8 in Washington, D.C. 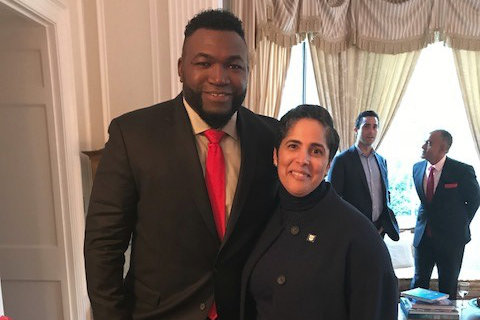 
The daughter of Dominican immigrants, Collado was the first member of her family to earn a four-year college degree. She became the first Dominican American president of a four-year U.S. college when she was inaugurated as president of Ithaca College on November 4, 2017.

“My family and I were deeply moved by this amazing event,” Collado said. “I am both touched and proud to have been recognized, and it was an incredible honor to share this night with Congressman Espaillat, David Ortiz and Donald Lubick.” 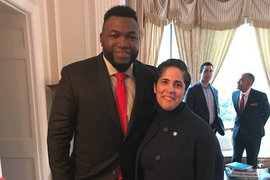