This fall Ithaca College’s School of Humanities and Sciences (H&S) celebrated the 50th anniversary of its lecture series inspired by Sir Charles Percy Snow. It celebrates the integration of science and art that H&S provides for its students by showcasing distinguished visitors and highlighting research done by faculty members.

Alan Lightman, professor in the creative writing and physics departments at the Massachusetts Institute of Technology, delivered the C. P. Snow lecture in November.

As part of the 50th anniversary, a THATCamp “un-conference” was held. THATCamp (The Humanities and Technology Camp) offers open, informal workshops and short sessions that allow humanists and scientists to work together and learn from each other. 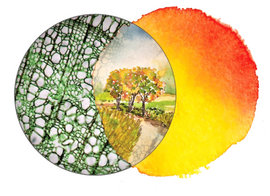