President's Corner: Fostering an Atmosphere of Curiosity and Innovation

When presidential transitions take place, it is natural to think about the aspects of a college that endure and the aspects that change from one era to an - other. One of IC’s enduring traits is the creative and problem-solving ingenuity shown by our students. Since 2011 we have summarized that ingenuity in our brand promise that our students are “Ready,” but being prepared to tackle professional challenges has long been a trait shown by our students and alumni. Two examples from very different eras of our college history illustrate my point.

When the South Hill campus was first being built, students had to be truly inventive to compensate for the many gaps in our infrastructure. An example was the first live telecast of a baseball game, from what later became Bucky Freeman Field, in May 1959. The student team of Dick Bell and Al Faust (camera operators), Arnie Reif (technician), and Jack Cantwell (announcer)—all class of 1960—was ready to go. But how would they connect the feed from their cameras to the microwave antenna on the NCR building roof on the other side of Danby Road? After scouting around, the student crew found a culvert running under the road. Arnie Reif, the only one with a car, was dispatched to the Woolworth’s downtown to buy a bow and arrow. After attaching the cable to an arrow, Arnie shot the cable through the culvert to the other side of the road. Problem solved! … and the telecast went on as scheduled.

IC students today have many more tools at their disposal than the pioneer - ing classes on South Hill. But that doesn’t blunt their spirit of ingenuity—it merely broadens the range of problems IC students are able to solve. Ryan Bouricius ’17 is a physics major who helps run the college’s 3-D printing lab. Inspired by a YouTube video, Ryan decided to use the lab to print a functioning hand. Prosthetic hands have long existed, of course, but using a 3-D printer to make one greatly reduces the cost. One of the benefits is that a child who needs a prosthetic hand would be able to receive a customized hand each year as they grow without the cost becoming ruinous. After looking up some designs on the Internet, Ryan printed a hand with articulated fingers able to grasp objects. He has since then continued to improve the design of his hand, aided by a collaboration with the students in Professor Lynn Gitlow’s Occupational Therapy Technology class who suggested further refinements.

These two stories of creative problem solving are separated by more than a half century. They involve the use of tools ranging from a bow and arrow to a 3-D printer! The common elements of these two stories, though, are more significant than their differences. The pioneering South Hill broadcast crew in 1959 and the team of IC students led by Ryan Bouricius in 2016 were ingenious in solving problems. Not every IC student has a comparably dramatic story, but I am confident that every alum has personally led a problem-solving effort rooted in the “Let’s get it done” atmosphere that characterizes the IC experience.

It is the job of each IC president to continue fostering the atmosphere of curiosity and innovation that enables students to graduate ready to take on the unknown challenges they will face throughout their lives. It has been my privilege to be the custodian of that tradition for the last nine years, and to now pass that tradition forward for even greater heights of accomplishment in the years to come.

Thank you so much for making my day. I am Arnold Reif's daughter and never heard that story about my father. I knew he and his crew there were in the for-front of great things! It's also nice to know that people remember him and and keep his memory alive! THANK YOU! 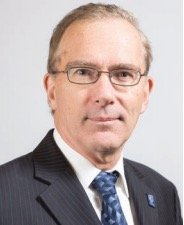