“Most of the girls who I knew were in sororities. I was part of Delta Phi Zeta, and I lived in Williams Hall. It was great because we could drink at 18, but we had curfews every night: 10:30 p.m. during the week, 12:30 a.m. on Saturday, and 1:30 a.m. on Sunday. However, I learned how to avoid those. Our years were known as the transition years. They didn’t want people to live downtown anymore, so they began moving people up the hill. Dewitt Park was the majority of our campus; we had eight dorms.”


Tags: I remember when, Only in Ithaca 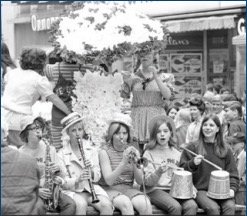