Successful businesses often result from crafting a solution to a problem.
For Mark French, the dilemma in question was one he first noticed as a kid playing basketball and as a ball boy for the New York Knicks: lack of traction. “I’d see [the players] constantly wiping the bottom of their soles to try to get rid of the dust.”
Mission Athletecare launched French’s solution in 2011: Court Grip, a formula NBA players and amateur athletes alike apply to their sneaker soles for enhanced grip on the court.
But getting there took years. After studying television-radio at Ithaca, French worked his way up to senior vice president at NBC’s Everywhere division — where he worked with technology startups to put screens in taxis and at gas station pumps. “It gave me the courage to pursue this idea in my head,” he said.
French left NBC to found sports technology company No Look Productions in 2009, pulling together a team of scientists and athletes, including NBA star Dwyane Wade, to develop and test Court Grip.
Protecting Court Grip has been French’s priority. He used his own money to pursue patents on every aspect of the formula and its potential applications to thwart knockoffs, even applying for patents on future advancements such as embedding the technology directly into shoes.
“That was expensive, and it was a big risk at the time, but it was the smartest move,” he says. “I want to own every aspect of where this business is going to go.”
To that end, French carefully considered how the company would grow, declining an early acquisition offer. Forming Mission Athletecare through a merger with Mission Skincare, which partnered with Serena Williams for a skin care line, seemed a better pairing of expertise. “The learning was really that one plus one can equal five if you structure the merger the right way,” he says.
Mission Athletecare has also carefully picked its equity investors, many of them professional athletes who serve as inspiration, testers, and promoters. “Athletes are truly developing the product with us,” French says. “It becomes a passion point for them, and for us.”
Read more about top-shelf entrepreneurs that have roots at IC:
Christopher Burch '76, founder and chief executive of Burch Creative Capital
Carl Daikeler '86, creator and chief executive of Beachbody.com
Jillian Gibbs '88, founder and chief executive of Advertising Production Resources
Simon Baumer '05 and Paul Canetti '05, cofounders of Maz Digital 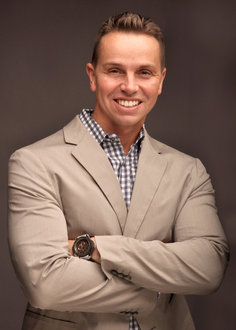