An essayist and a poet kick off the year’s writing series. by Jessica Bachiochi ’09 with Maura Stephens

Barbara Hurd’s mother was an artist, her father a practical problem solver. They looked at the world in very different ways. Hurd, an award-winning essayist, draws from both influences to present her view of the natural world. Renowned for her ability to write about nature’s form and function with equal grace, Hurd often uses metaphors from nature to illuminate human experience.

With her husband, Pulitzer Prize–winning poet Stephen Dunn, Hurd came to IC with the writing department’s Distinguished Visiting Writers Series this fall, giving readings and teaching master classes. In her public talk, Hurd read from three of her books. Her examination of the natural world reveals things such as how a moon snail drills into a clam shell. “What does it look like — that initial suck?” she asked, describing every detail of this slow-moving event. “Beauty, it seems to me, has something to do with movement.”

Writing professor Elizabeth Lawson loves reading Hurd for the way the essayist blends personal musings with information about the natural world: “She has perfected the art of the reflective essay.”

Dunn gave the audience a sneak preview of poems that appear in his upcoming book, What Goes On: New and Selected Poems: 1995–2009, which includes “Talk to God,” “The Book and I,” and “What Men Want.” His poems explore relationships, metaphysics, history, and daily worries and are full of affection and rue for people.

“Both readings were terrific,” says writing professor Jack Wang, who coordinates the series. “Dunn was funny and moving, and Hurd was sensual and incisive.” 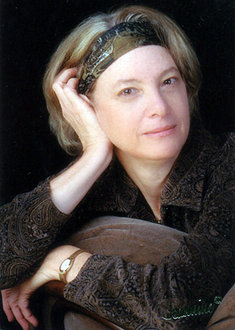 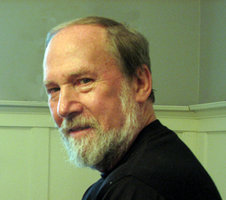