It’s a performance within a performance. The lilting music, the endearing gestures and facial expressions, the flourishes of both music and movement — all brought to your computer screen courtesy of YouTube and the “dancing conductor,” Ithaca College’s own Joseph Olefirowicz ’94. The four-minute video was taken by a stage manager and posted online as a joke, but the amount of times it’s been viewed is anything but. As of June, that number hangs at over 421,000.

What’s so fascinating about it? Certainly Olefirowicz is entertaining, but part of the video’s appeal may very well be that we see him as an insider would: his performance is for the orchestra he’s conducting, not the general public. Could it be that the “dancing conductor” provides a glimpse behind the curtain of opera — an art form that is often regarded as stuffy and inaccessible?

“I think social media has taken opera to a more present level in many ways,” Olefirowicz says. “All the wise companies are using Facebook, they’re using Twitter, they’re using YouTube. The Internet has revolutionized the way the opera industry gets its message across.”

But what is the industry’s message? Most believe that opera as an art form needs a strategy to remain relevant and alive. But the ideas regarding how to go about that are as vibrant and varied as the operas themselves — and the professionals who bring them to life.

APPEALING TO A WIDER AUDIENCE

New York City’s venerable Metropolitan Opera has even waded into the marketing pool. It’s started to offer “live in HD” events at movie theatres around the world, simulcasting performances in an effort to reach new audiences. The Met has also teamed up with the Lincoln Center Theater to create the Opera Commissioning Program, which cultivates new composers and playwrights through developmental workshops. IC alumnus Paul Cremo ’82 directs the program.

“Many people think that opera is 200-year-old music and people in wigs,” Cremo says. “Actually, there’s a lot of contemporary opera, new pieces that are being written and performed.”

In 2013, one such piece premiered at the Met. Two Boys, by Nico Muhly and Craig Lucas, tells the story of Internet crime, murder, and rape. Cremo worked with Muhly and Lucas to bring the opera to life; it was the first project to transfer from the Opera Commissioning Program to the Met’s stage. 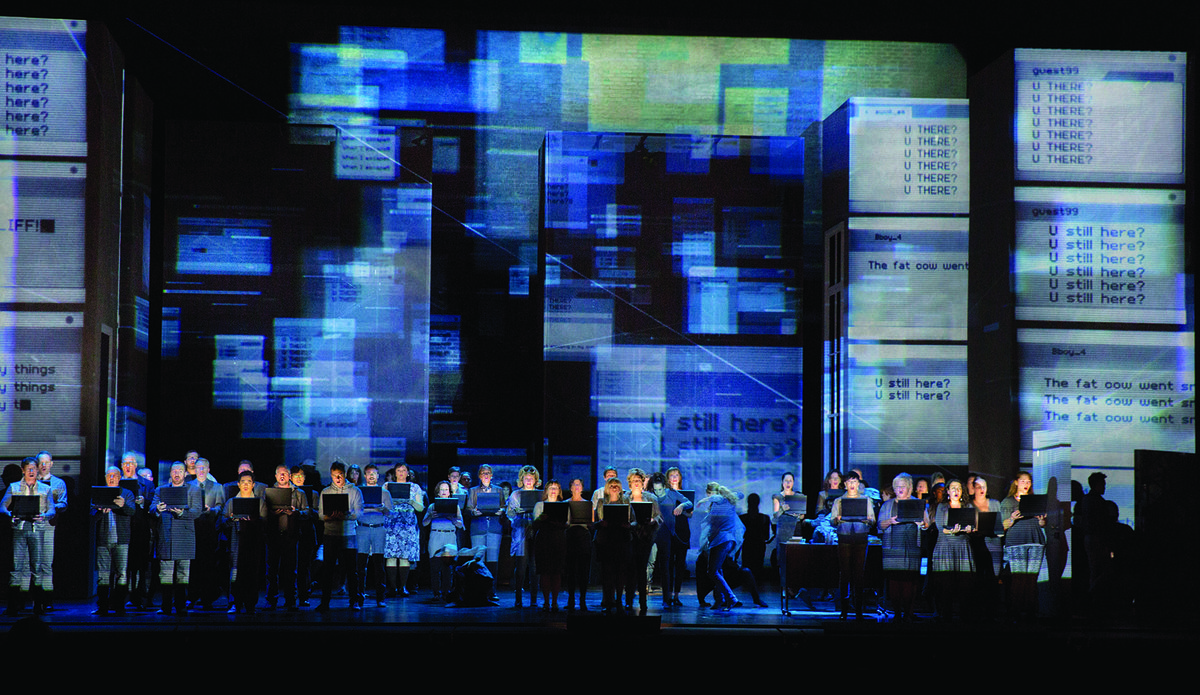 In Two Boys the familiar operatic theme of disguise and deception is reborn through the use of Internet chat rooms. PHOTO BY KEN HOWARD/METROPOLITAN OPERA

“It has pretty raw language and actions, and it’s about an issue that is very contemporary and current,” Cremo says. Another project Cremo is working on for the Opera Commissioning Program is about an F-16 fighter pilot reassigned to drone duty.

“There’s not a powdered wig to be seen in any of those,” he says.

Nor did powdered wigs make an appearance at the Ithaca, New York, world premiere of Billy Blythe, an opera that explores Bill Clinton’s childhood. Opera Ithaca, a professional opera company that began in 2014, brought the work to the world. Zach James ’05 is one of the company’s cofounders, along with artistic director Lynn Craver ’96.

“With Opera Ithaca, I think the big thing we’re doing that is unique is our programming. It’s nontraditional,” James says. In addition to Billy Blythe, Opera Ithaca has staged Bluebeard’s Castle, Il Sogno, and a contemporary version of Don Giovanni. Atypical, too, is the atmosphere: concessions offering popcorn and wine add an interesting twist to the ambiance of the shows.

James says Opera Ithaca’s business model was created specifically to allow artistic exploration. The company exists on the revenue from ticket sales alone. There are no wealthy donors, no grants, no advertisers to please. “We’re not answering to anyone,” James says. “We keep a small budget, and we put on a show. And if people show up it pays for itself. It’s very nontraditional compared to other companies.”

CONTINUE READING ON NEXT PAGE -> 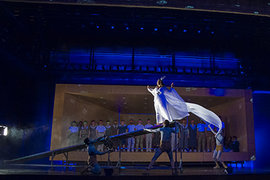 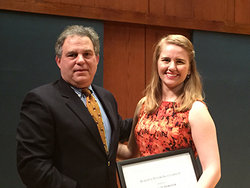 
Renowned opera singer Roberta Peters, an honorary IC trustee, established a scholarship in her name at IC in 1976. Her son, Paul Fields ’ 79, created a separate fund to support the Roberta Peters Visiting Artist Series in the School of Music, which brings an accomplished singer to campus to work with students in a master class. Fields presents the Peters Scholarship each year to an outstanding voice student. In 2014, he presented it to Kendra Domotor ’15, who also sang in the master class.