come home if we could ever

true debt lies in the blood,

not in the bank, a place where only

accountants live and others die

for lack of real interest.

pray, instead, to the lightning-forked sky

above South Hill, to

to “shine your light on me” for,

30 years after walking from the stadium, you know

your eyes are not the diamond-edged tools

they once were, that once thought

they could see the future itself

and now beg for bifocals to write the check

and see the signs that still say:

Does any such distance rule?

Can it measure the roads

you have searched since leaving

in a rush and a rage of sentiment?

Have you yourself not said  —

in the cloud of the dark falling night,

to the person on the next pillow,

whether he or she was there because

you were with the one

you loved, or just loving the one

you were with — have you not said,

to them all, each and every one,

as you once sang to Ithaca:

“In my heart, together we shall

But while you mouthed

the formula out loud, you didn’t quite

birth the words in your being.

or some multiple of 7, you didn’t want

to risk yourself, never having been much of

a risk-taker, not, at that age, with that

You could make toasts. Look your bedmate

in the eye, raise a glass and say —

here inserting a name as you once did —

to Tom or Carl, Ramon or Elaine, Anne or Alice —

so that it came out as if you were mooning

or moaning some misplaced version of

“To Ithaca, my Ithaca, how beautiful

you are.” And so you drank in your belle de jour

on to the evening’s business.

different souls who merit a sacrifice,

a libation. The ones who watch and rarely sing.

So let us praise and recall

those not here today —

some merely absent, and others sadly dead,

those who have left us through no choice

of their own, taken to memory by illness,

chance or, worse because more tragic,

War itself an admission

of defeat as soon as it starts,

for war is the failure of diplomacy, it is

the bankruptcy of the imagination. And so

it is the failed and the bankrupt who steal

and seduce our sons and daughters, our fathers

and friends, and break them like toys in their

that was necessary, that warranted

human sacrifice, since you walked

out of your last class, that was worth

your brother’s eyes, or legs, or life.

shall we raise to comrades,

to teachers, to elders in blood, to our own

hopeful histories when we sobered up at 21?

Did your mind’s muscle strain then, as

“The towers high upon South Hill” to

“reach from stone to star”? Or was

your goal the substance of modesty, to make

enough to just get stoned?

even before you took the next step,

as you left college for a different kind

and someone else, before the smoke

took on so many colors, and your passport came back

stamped with success, hubris, and humility,

carrying you home from Africa, Asia, and

the Latins’ own version of America.

Mostly you live now in the land of encumbrance:

the age of mortgage, mufflers, and insurance,

of children, their college loans, deadlines,

and your under-funded pension plan.

A scaffold heavy too with the past nested

You, my friend, are now ex-rated.

In autumn, we grow dangerously close

to what we feared, with husbands

for double strength against the threat

With a deep breath drawn down

into the furnace of our guts,

we prepare to make a different investment.

For whatever guides and beacons

once lit your way across quads and

continents, however bright your own visions

once seemed, there is at least

some small corner of your private kingdom

that you are ready to give over, where you pray that

“all your sons and daughters” may “dare

So you do your dreamwork and you

work at your worry. You scratch the thin, soft skin

that has grown over memory.

You shudder to see how much

you are already capable of forgetting.

You plead for the discipline to

remember to remember. And

you cry before the sudden shrine

of your children’s pictures, asking

yourself, asking the oracle you once

claimed to be: Can you grant them

their dreams, without giving up yours?

"In 1977, I conducted an anthropological field school in the Bahamas, on Cat Island, in 1977, with 11 students. We spent a month doing intensive ethnographic research on a network of indigenous communities on the island, and produced a book, Strangers No More, which remains one of the few substantive accounts of life in that particular Caribbean culture. The students and I had stayed in touch on and off over the years, and this October, 10 of them and I held a reunion 30 years after our intensive group experience. I wrote this poem for the entire class of ’77, a riff on the College’s anthem, 'Ithaca Forever.' I tried to capture what college life and its afterlife look like to people who left South Hill 30 years ago."

Cultural anthropologist Joel Savishinsky joined the Ithaca College faculty in 1973 and recently retired as the Charles A. Dana Professor in the Social Sciences. His research has concentrated on aging, environmental issues, intergenerational relations, and human development. His books have twice won the Gerontological Society of America’s book prize. “My career so far,” he says, “has given me a chance to meet and live with people in diverse settings, plus opportunities to explore and work on a variety of critical human issues ranging from survival and family life to aging and mortality. It has been especially gratifying to engage my students in a collaborative role as researchers, thinkers, and activists, addressing some of the pressing social problems of our times.” 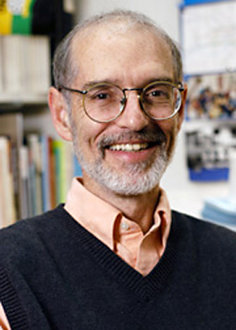