At its February meeting the IC board of trustees named eight distinguished recently retired faculty members to emeritus/emerita status and granted tenure and promotions to others.

Garry Brodhead held a variety of posts during his 36-year service at the College. He began teaching in the School of Music in 1970 and was chair of the Department of Music Theory, History, and Composition from 1977 to 1997. He then moved into administration, and held the positions of associate provost, assistant provost, dean of graduate studies, and interim dean of the Roy H. Park School of Communications before retiring in 2006.

Sandra Herndon started her career at IC in 1976, teaching in the Department of Drama-Speech in the School of Humanities and Sciences. In 1982 she moved to the School of Communications, first as an “at-large professor” and then as a professor in the corporate communication (now strategic communication) department. Herndon taught both graduate and undergraduate courses, and directed the graduate program in communications from 1995 until 2005, when she took a final sabbatical; she retired in 2006.

Henry Neubert, who retired in 2005, taught double bass in the School of Music for 33 years. He was also the conductor of the Ithaca College Symphonic Band and coached chamber music. In addition to teaching, Neubert served in a number of administrative roles, including assistant dean of the s, chair of the  performance studies department, and cochair of graduate studies.

Majorie Porterfield formally retired in 2001 after teaching in the School of Music for 33 years, but returned in 2002 to teach part-time in the music theory, history, and composition department through 2006. Porterfield is the author of several music theory texts and created a course for non-music majors titled “Involvement with Music.” She was a Dana Teaching Fellow in 1993.

Nancy Ramage, who retired in 2006, is an internationally renowned scholar and professor in the Department of Art History, where she taught for 34 years. Ramage taught courses in Greek and Roman art, art and architecture of Egypt and the Near East, Renaissance art, graphic arts, sculpture, and the decorative arts. She earned an Ithaca College Excellence in Teaching Award in 1999 and was named a Dana Professor in the Humanities in 2001.

Garry Thomas helped found the Department of Anthropology in 1974 and served as its first chair. He taught in the department from 1972 until his retirement in 2006 classes on cultural and applied anthropology, Africa, sustainability, and global studies, among other topics. Thomas was also active in rural development issues in Africa, working with the Food and Agriculture Organization of the United Nations and the Peace Corps. 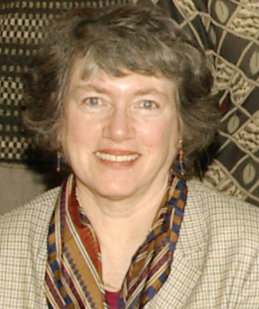