Posted by Chloe Wilson at 9:39PM 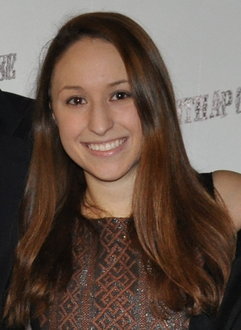 My name is Chloe Wilson, and I'm excited to be back blogging with FLEFF for the second year in a row!

I'm a junior television-radio major with a concentration in scriptwriting.  I also have a triple minor in history, legal studies, and the honors program.

I grew up in Ashland, Massachusetts - the original home of the Boston Marathon!  I'm not athletic by any means, but I live close enough to the marathon route that I can walk outside of my house, set up a lawn chair, and cheer for all the marathoners running by.

Even though I grew up just outside of Boston, I'm a New Yorker at heart.  I spent my last summer interning at Viacom in NYC while simultaneously working with a small non-profit.  As much as I love media, I also love giving back to my community.

I consider the Ithaca area (and the surrounding Finger Lakes) my community.  As a college student, I feel like I'm always mobile - travelling home for break, travelling to Syracuse to visit friends, travelling back to Ithaca for the new semester - and I'm excited to explore the idea of mobility in film and new media.

This year, FLEFF begins with a Kick-Off Screening on March 3rd.  It's an Upstate Filmmakers showcase, featuring artists such as Carol Jennings, John Scott, and Jason Harrington. (Seeing as my birthday is March 2nd, it's like a belated present for me!)

The FLEFF schedule hasn't been announced yet, but I can't wait for the Kick-Off Screening.  What are you excited about for this year's FLEFF?