Take Me Home by Sorayya Khan 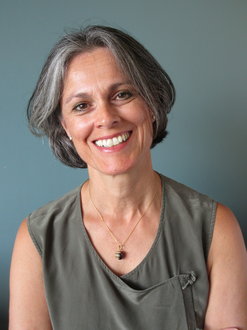 Sorayya Khan is the author of Noor (2003), Five Queen’s Road (2009), and City of Spies (2015).  City of Spies was awarded the 2015 Best International Book at the Sharjah Book Fair and will be released in the US in 2017.  She is the recipient of a Fulbright research award, a Malahat Review Novella prize and a Constance Saltonstall Artist grant.  Her work has appeared in Guernica, The Kenyon Review, North American Review, the Journal of Narrative Politics, among others.  To find more information on her work, visit her website, www.sorayyakhan.com, and follow her on Facebook and on Twitter @SorayyaKhan.

Novels are my constant.  Long before I wrote my first one, they were sustenance, wormholes to other worlds. When I was eleven or twelve, I pulled out one of my mother’s paperbacks that had spilled onto my shelves. The white cover with orange and black lettering had lost its stiffness, and the pages were slightly faded. Tell Me How Long the Train’s Been Gone, a lesser-known novel by James Baldwin, was my introduction to grown-up literature.[1] I did not understand it, just as I did not yet understand that my parents—one white, the other brown—did not marry in North Carolina in the 1950s because anti-miscegeny laws forbade mixed marriages. But I remember my distinct impression upon finishing the book. Something inside me had shifted.

Like life, books change us. My father died seventeen years ago, my mother this summer, and the landslide of loss swallowed the homes I had known, first my parents’ in Islamabad and then my mother’s in Vienna. The dissolution, scattering my parents’ bookshelves across their worlds and into ours, reminds me that home is not a place. My mother was Dutch, my father was Pakistani, I was born in Austria, moved to Pakistan as a child, and now live in the United States. But even when I occupied theirs, home was never a location in the way I imagine my children may know it, as the house they’ve lived in for most of their lives. Instead, for as long as I can remember, home was fashioned from countries, family, and memories. Now, in the absence of the people who once defined the cities I lived in, home is both more and less important than ever.

As a writer, I am often asked why I write. There are many answers, but the most honest one is the most basic: Writing is home. Writing novels pulls together the disparate threads of my worlds and constructs a whole.  Everything has a purpose; pieces speak to each other. Novels make comprehensible to me what otherwise is not. They do for me what the world does not. It turns out, then, that I write for the same reason that I read. To make sense of our world and myself.  Books, whether I’m writing or reading them, take me home.

As a reader, the books that have moved me most have given me the ability to see the world differently, or just to see it at all. This is as true of the Baldwin novel that I did not understand in my childhood as it is of books on my shelves today. While writing has affected the way I see the world, it has also opened up space inside me, whether for an unfamiliar time and place or an unknown history and character. Writing enriches me with possibilities, just as reading does.

I recently read Susan Abulhawa’s second novel, The Blue Between Sky and Water, a multi-generational story set in Gaza.[2] The novel is long on suffering, because dislocation requires that, but like all novels that make their points humanely, it is equally about love, in this case the love in a family of women over time. At the same time, it is also about love’s flip side—what it looks like to be abandoned, what it means to love and return to a place that has until then only existed in your imagination, never close enough to touch. As long as I have been aware of the news, Palestinians have been in it.  People, even children, have been killed, robbed of their homes, rained on by bombs. The Blue Between Sky and Water altered my picture of what it means to be a Palestinian. It showed me what time does to the idea of home when you no longer have one and know you never will; it demonstrated how you keep that part of you alive in your mind and in your love and in your life and in your books.

Some years ago, I read Aleksandar Hemon’s memoir, The Book of My Lives.[3] Hemon’s story began in Sarajevo from which he traveled to the US on a fellowship. The siege of Sarajevo kept him in Chicago, where he remained in exile and became a writer. In his books, Hemon writes about home and longing and the relationship between politics and living. In an interview, he says, “What layered me as a person is history,” and explains that what defines him is what has happened in the world.[4] Hemon suggests that literature keeps track of history on an individual level, that people who write and people who read try to grasp history by way of individualized stories. Like us, Hemon is defined by what has happened in the world because what has happened in the world is in him.  And in books, which give us ourselves, our homes.

Zinky Boys, Svetlana Alexievich’s book about the Soviet invasion of Afghanistan, came to me just as I completed my first novel, also about war.[5] It taught me much, especially all I had missed in my own research, and her vision resonated. The Nobel Laureate claims the human voice as her genre, writing the stories of others, from the soldiers in Afghanistan to the women in World War II, from the devastation of Chernobyl to the aftermath of the wall. In her Nobel Lecture, she explains that she collects the life of her times and chronicles the history of the soul.

As a writer and a reader, I think that all books that work, regardless of genre, put us in conversation with the times and who we are. They ground us. They do this even if they are a worn paperback discovered too early. We find hints of ourselves in a book, and as a result, our aperture changes. Even if we do not grasp all that we might see, it is suddenly within our line of vision. In the process, something shifts inside us, a space opens up, and we are home.

*This essay is an adaptation of the Keynote Address, "Mercy is as Mercy Does:  Reading and Writing as a Novelist," given at the International Conference on Gender, Social Sciences and Humanities:  New Directions in Scholarship at Fatima Jinnah Women's University, Rawalpindi, Pakistan, January 13, 2016.