← Back to “Program Directors” 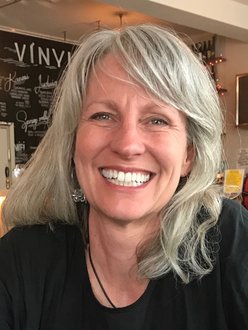 Catherine Taylor is the author of You, Me, and the Violence (21st Century Essays / OSU Press) about drones, puppets, and power, and Apart (Ugly Duckling Presse), a mixed-genre memoir and political history that combines prose, poetry, cultural theory, and found texts from South African archives. Her recent essay with video segments, “Saetas,” was published at The Believer. Her first book, Giving Birth: A Journey Into the World of Mothers and Midwives (Penguin Putnam), won the Lamaze International Birth Advocate Award. She has given readings and presentations throughout the U.S. and in Europe, including the Whitney Museum, MoMA/P.S. 1, NYU, The Poetry Project, galleries in London and Berlin, Naropa University, the University of Toronto, Vassar College, and many others. Taylor has taught regularly in the Language and Thinking Program at Bard College, was a co-founder and producer of The Human Rights Watch Film Festival, and she has received residencies at MacDowell, Yaddo, and the Millay Colony. She is a founding editor of Essay Press, an independent press dedicated to publishing innovative essays in book form. Taylor received her Ph.D. from Duke University and is an Associate Professor in the Writing Department at Ithaca College.